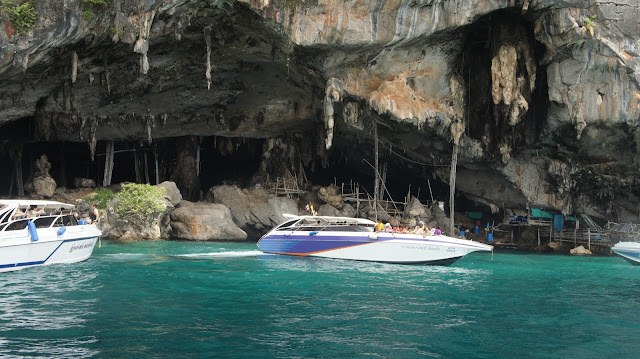 Viking Cave on Phi Phi Leh island, from which is famous for its bird's nest harvesting spot. However, it is no longer open for tourist to enter after the devastating 2004 tsunami.
Our speedboat drove near the Viking Cave, where we took some pictures from afar. Within the cave there are lots of ledges which are inhabited by thousands of birds called swifts. 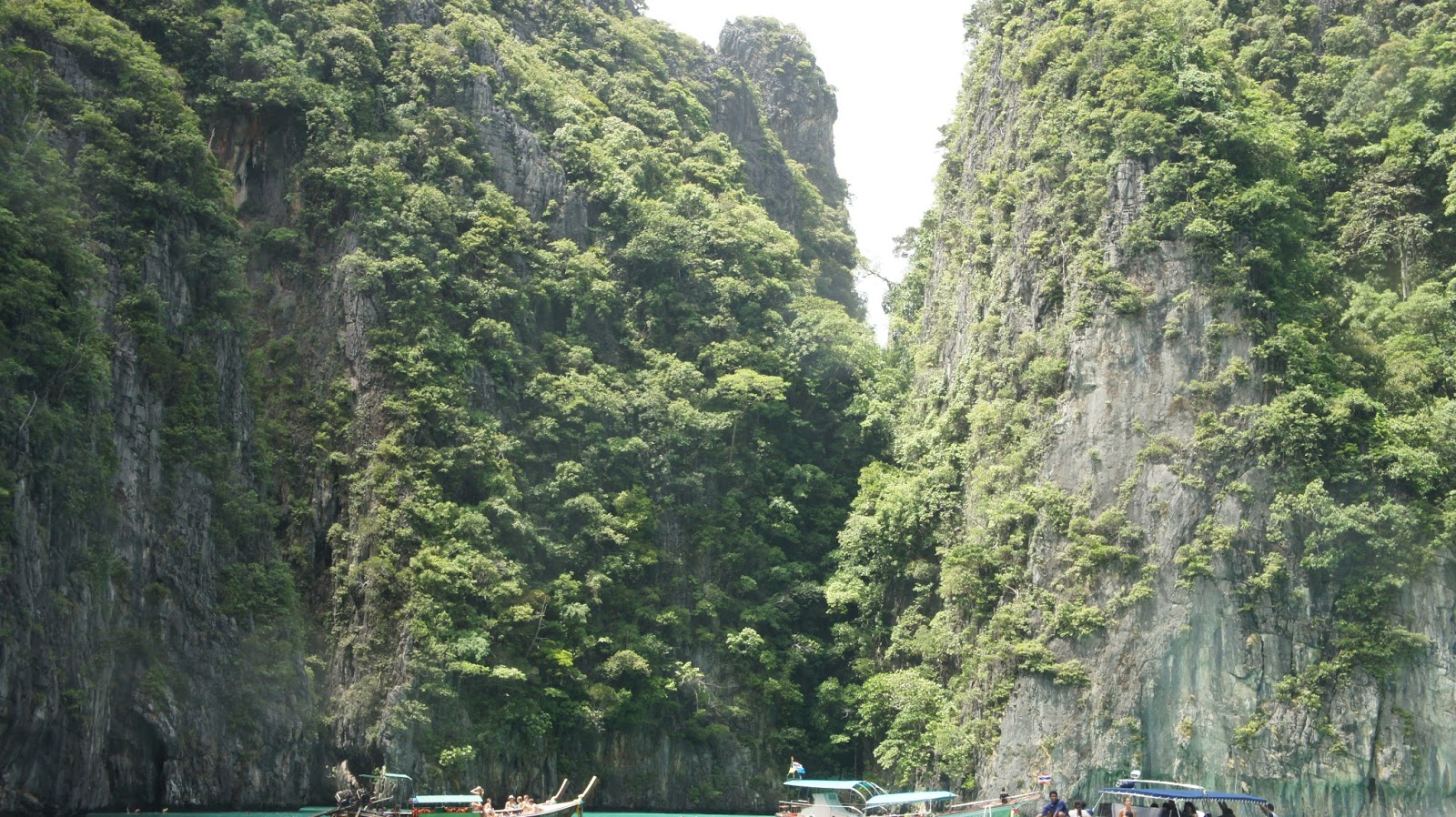 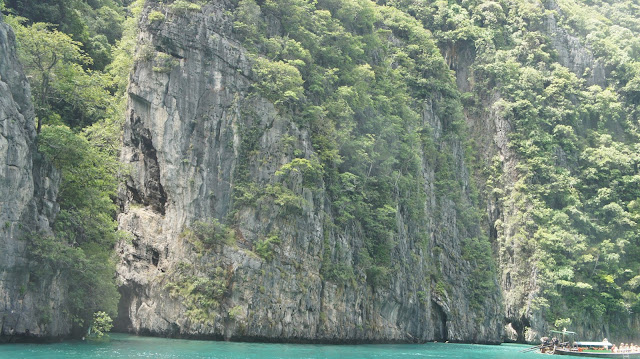 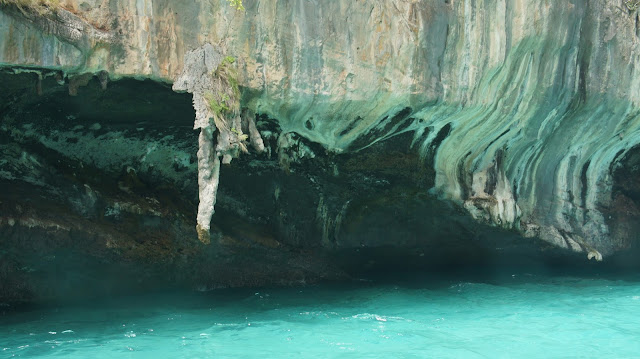 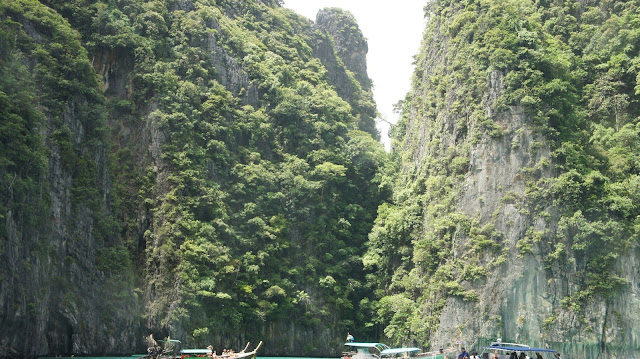 These birds make their nests out of their own saliva, the nests are then harvested by the locals and later sold to make the infamous Chinese delicacy, birds nest soup. We were told that in order to collect the valuable bird’s nests from inside the cave, local workers risk their lives everyday by climbing all those unstable looking bamboo scaffolding just to reach the nests. Let's hope the bamboos are strong enough and nobody will fall down accidentally 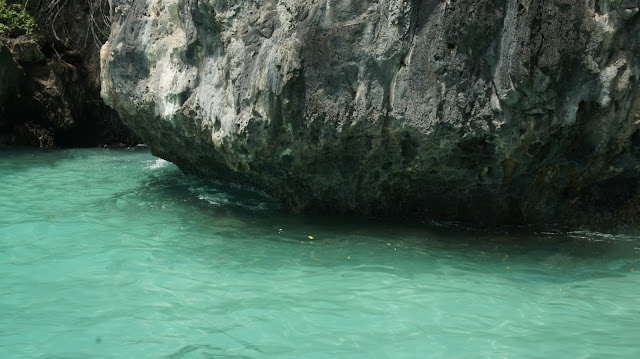 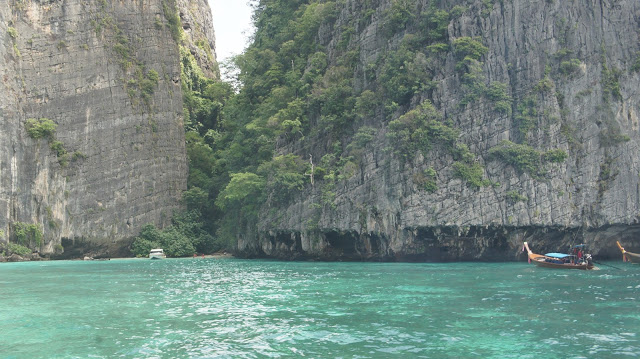