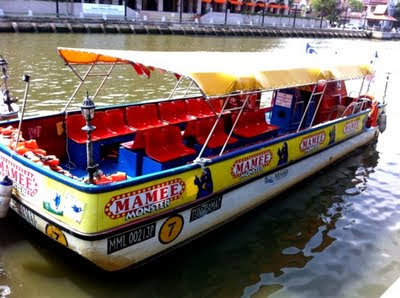 The Malacca River is the river that cuts across Malacca town, on its way to the Straits of Malacca. It separates the civic district clustered at the foot of St Paul's Hill, from the residential and commercial district of Heeren Street and Jonker Street. A flotilla of small boats transports sightseers up and down past historic buildings, old warehouses (godowns), interesting mangrove stands, churches, and villages. 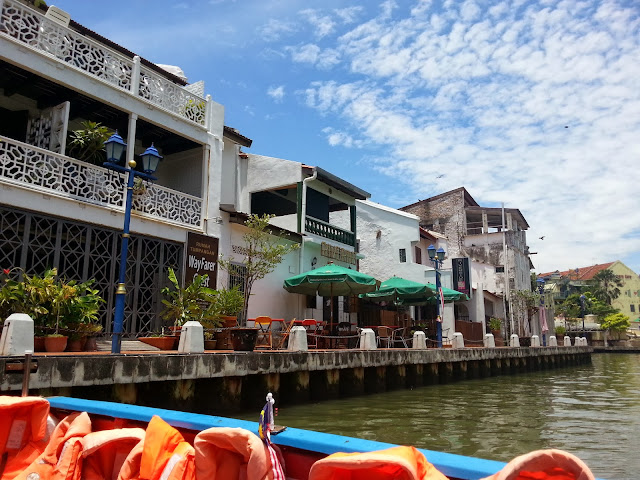 We saw lots of mangrove during the cruise. Mangroveis valued for its protection and stabilization of lowlying coastal lands and its importance in estuarine and coastal fishery food chains. Mangrove forests protect uplands from storm winds, waves, and floods. Mangroves can help prevent erosion by stabilizing shorelines with their specialized root systems. 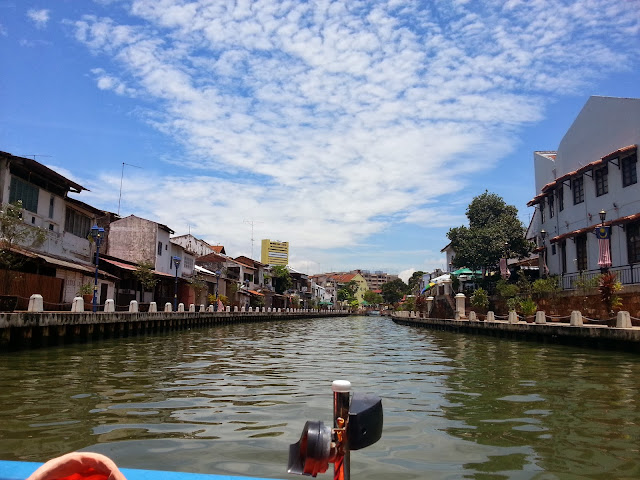 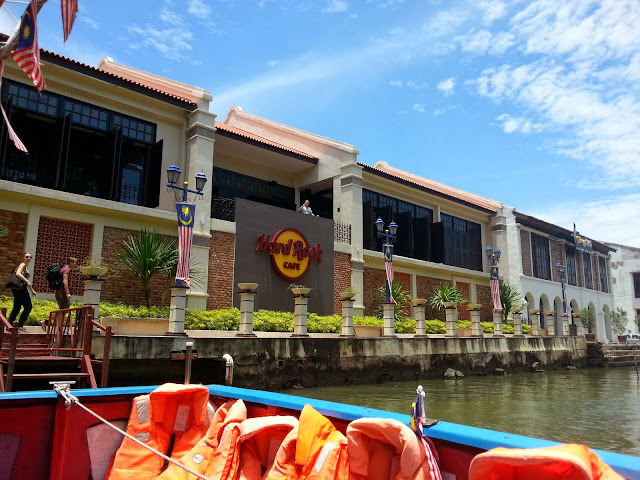 I love the many murals on the buildings showcasing the history of Melaka.
The cruise boat passes under many bridges that had important functions in the old days. 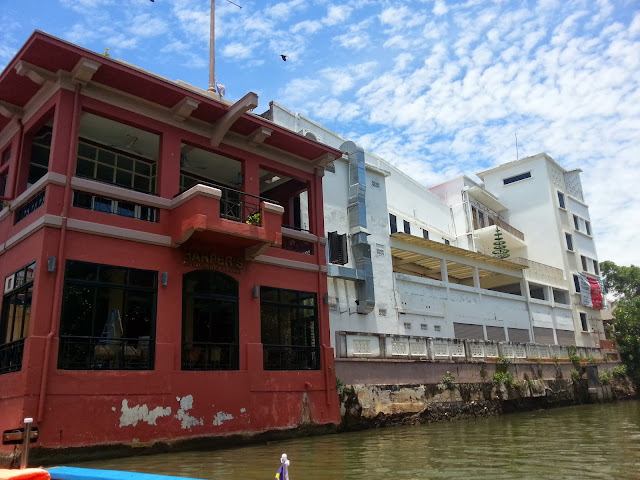 The 1998 Sean Connery movie Entrapment was partially filmed here. Tours last about 45 minutes in boats ranging from 20- to 40-seaters, and normally a minimum of eight passengers is required before departure. 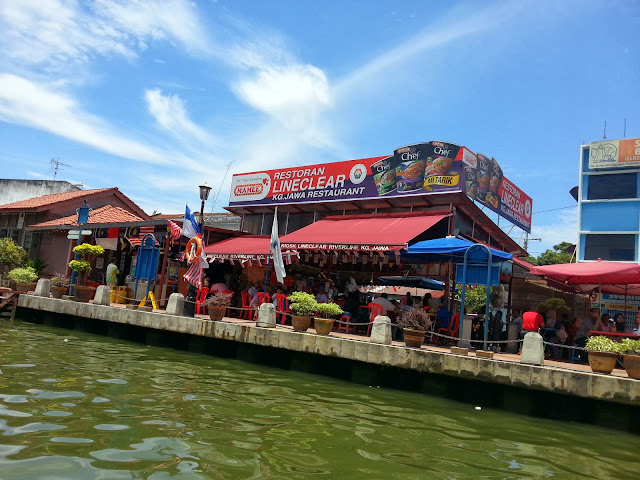 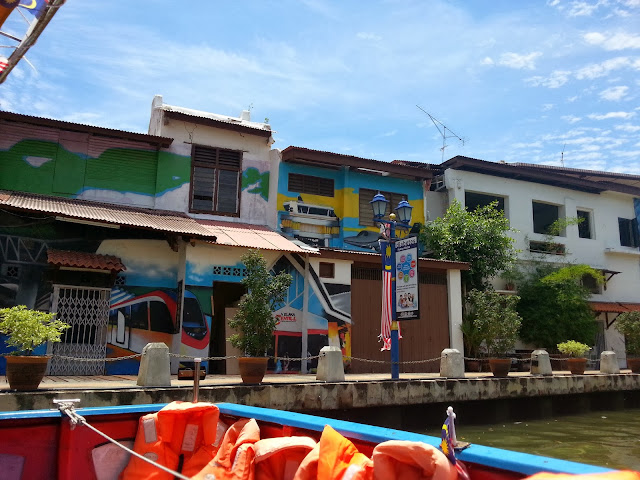 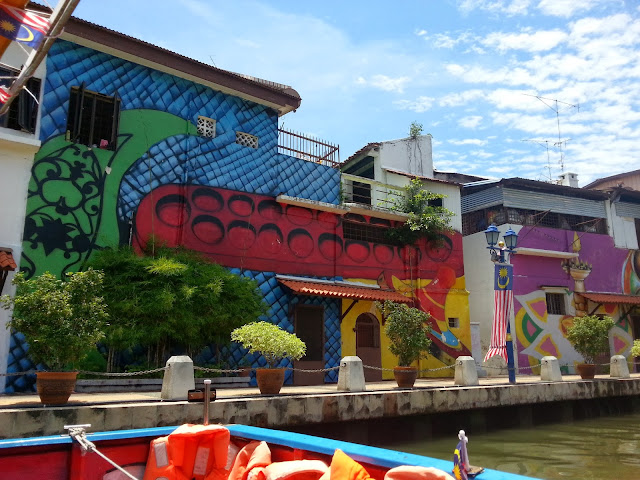 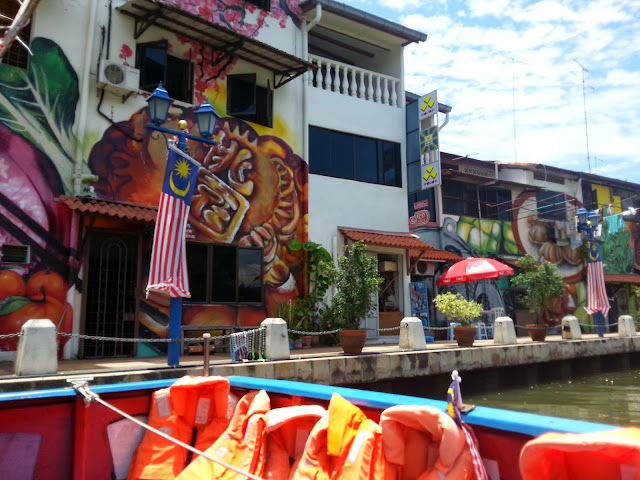 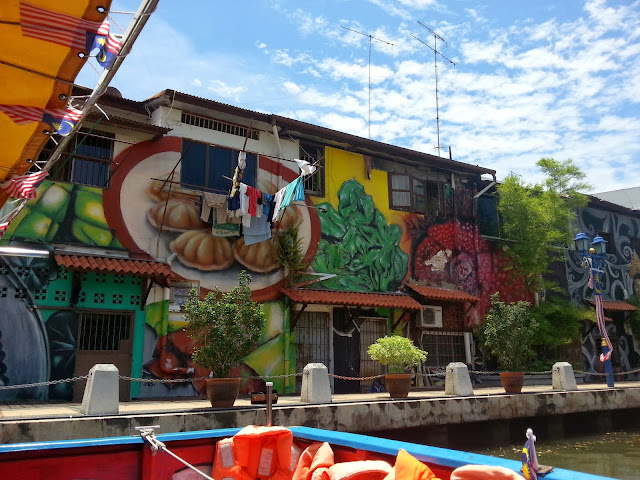 You can departure on Muara Jetty, next to Quayside Heritage Centre, close to the Maritime Museum easily recognisable by the replica of the Portuguese ship Flor De la Mar. From here the cruise takes you upstream as far as Taman Rempah jetty where the boat turns around and brings you back to the starting point. 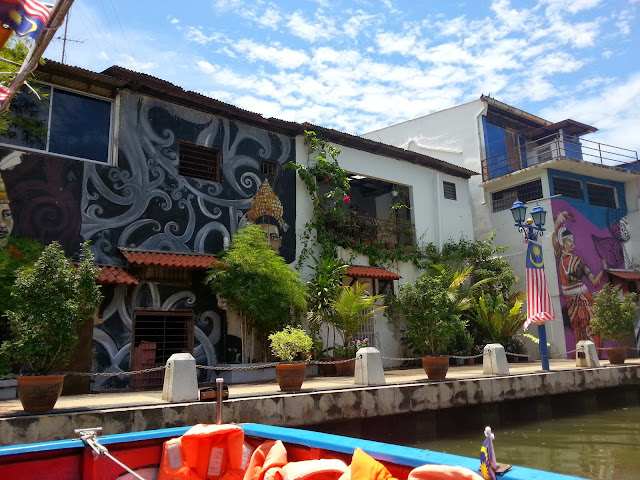 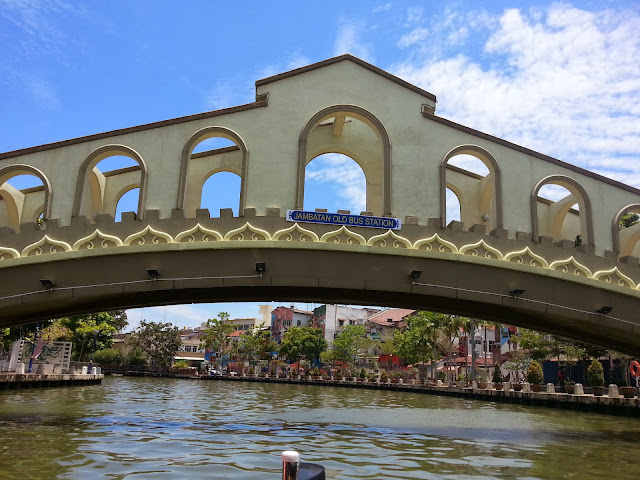 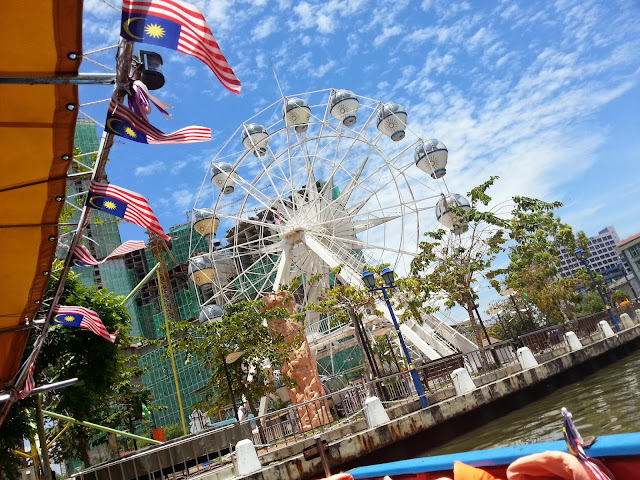 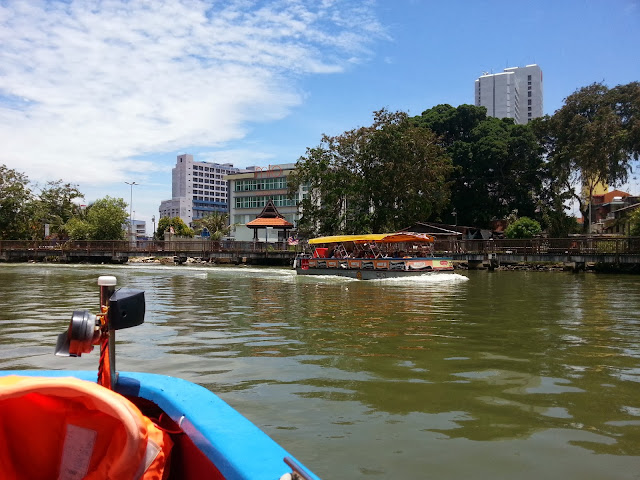 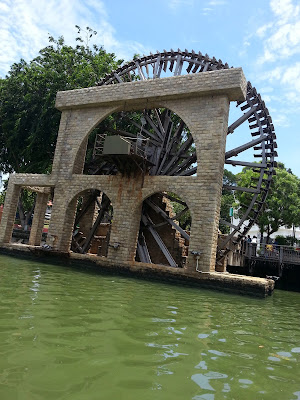 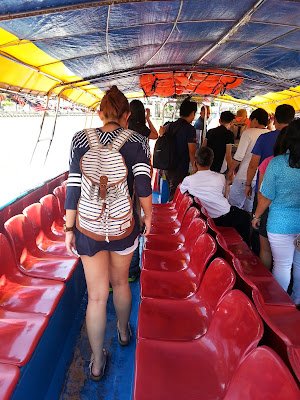 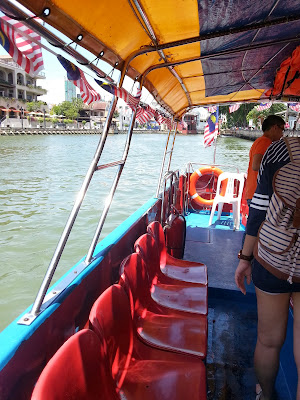 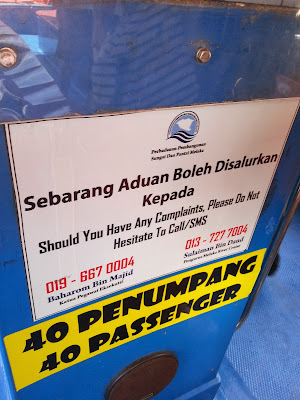 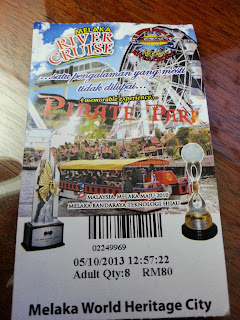 Major attractions to the Malacca River Cruise were the colorful murals on the shop houses and inns and restaurants and residential and commercial buildings along the waters. It was something we had not seen before