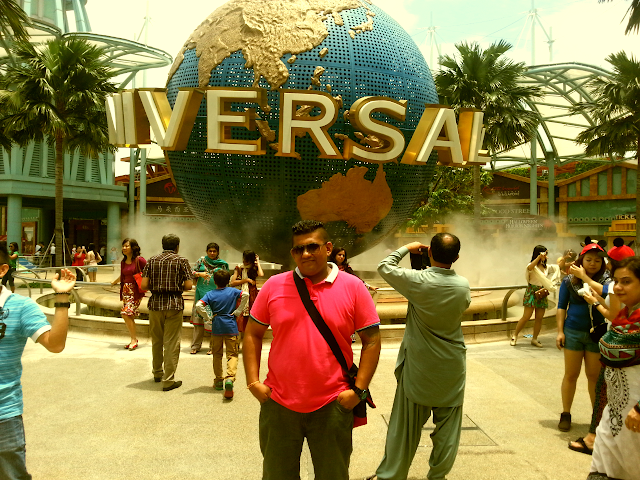 I Been here with my frens we spent 1 whole days in universal studio and it was total fun.... I have days filed with joy, laughter, tiredness.... 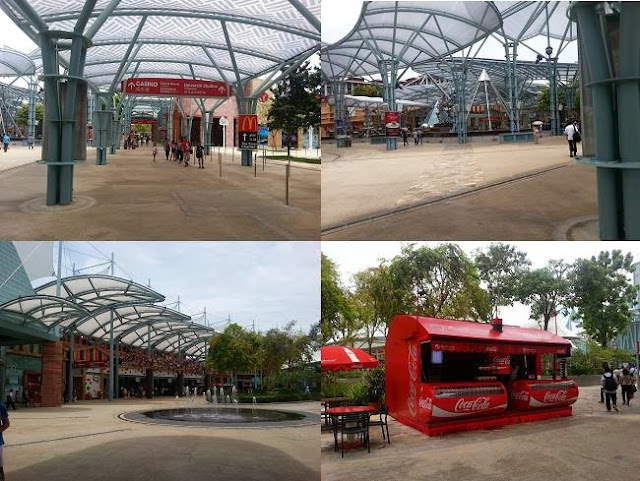 As you probably know, Universal Studio is the ultimate playground/fantasy world/everyone's guilty pleasure of the world they've always been dreaming of having...say thanks to all the fantasies and the movies we watched during out childhood and the existence of Universal Studio is the representation of that. In South East Asia, it is the brand's first branch and it's always been super crowded, I went here not on the weekend, but the crowd just never dies, it's filled with people all around the world, and that's what I love about Singapore itself,I hope one day my own country can be like Singapore or even better..... 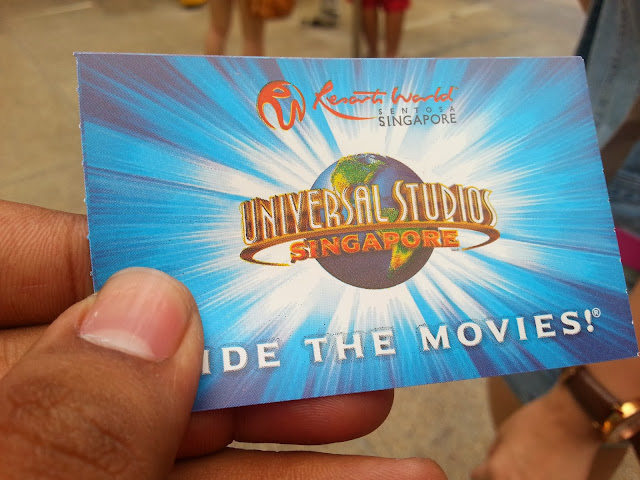 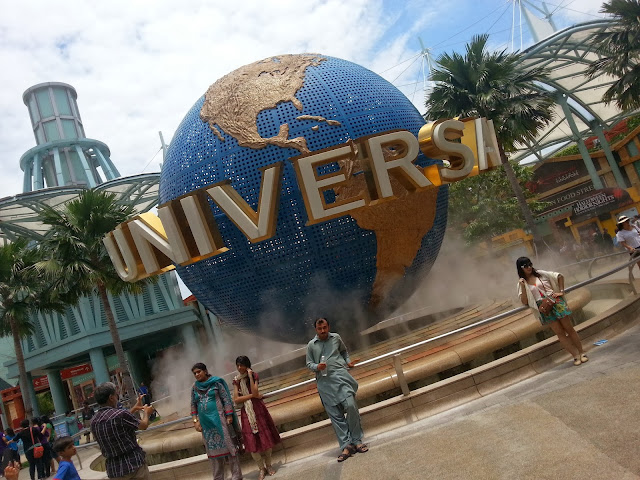 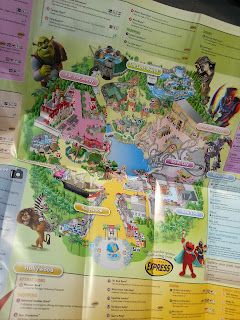 The regular ticket price for a one day weekend pass is at SGD74 per head. and 10% for malaysian passport holder.....We're entering the Universal Studio Singapore now! and let me take you to see the interior.almost art-nouveau and victorian artchitecture completed with great details and a lot of curves...and that's exactly what your eyes are served when you step into this giant fantasy world. First is the NEW YORK and HOLLYWOOD ZONE are for those who love the movies. Under the protective canopy is the Hollywood zone where you catch glimpses of classical buildings from old-time movies. I personally was like in heaven being in this place, it’s my euphoria.  Walking in the streets where it happens, the magic of Hollywood or the replica of it, but who cares. Along the path there are many restaurants and stalls available to quench your thirst. Food and beverages are not cheap, you may want to bring your own drinking water although outside food and drinks are not allowed. Apart from playing different themed-attractions, we were in fact taking brisk walk along the path and taking photos. Classic cars which date back to 1950s, old buildings are favorite spot for photo taking. 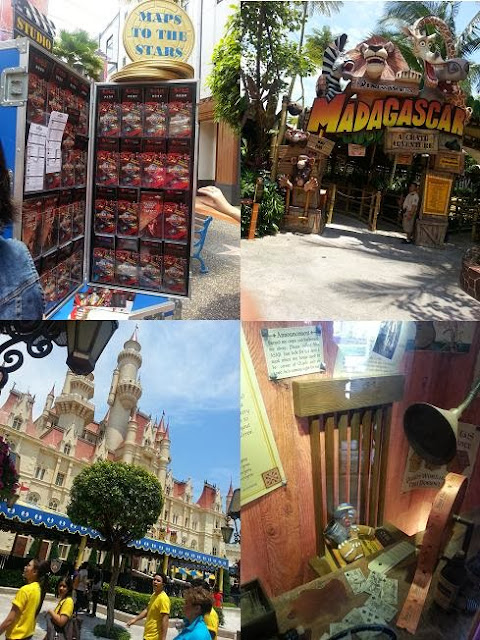 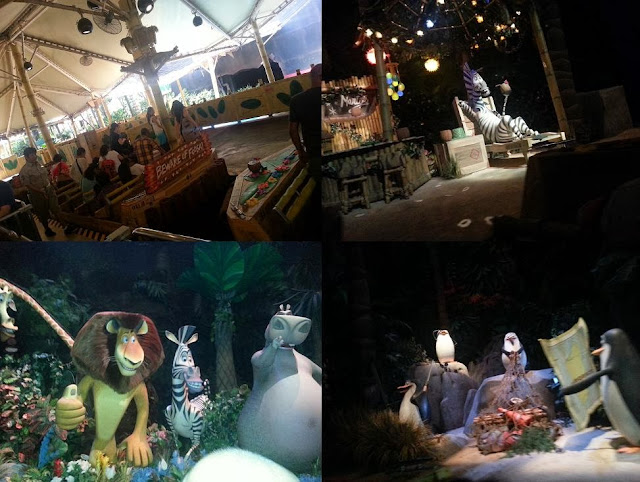 Right next to Far Far Away is Madagascar which is of course themed after the movie. Both Far Far Away and Madagascar have a continuing trend of being more kid-friendly as the atmosphere is very lively and the rides are very suitable to young children.
We rode Madagascar: A Crate Adventure. It’s basically a boat ride while mechanical mascots of the Madagascar cast can be seen acting goofy and stuff.
Inside Madagascar, there is a group statue of the Madagascar cast. Professional photographers can help you take your pictures with your camera. You can also buy the printed pictures from them. Another ride inside is King Julien’s Party Go Round. After the visual treat that is Ancient Egypt, we moved on to The Lost World. The Lost World is heavily based on Steven Spielberg’s Jurassic Park franchise and is home to the Jurassic Park Rapids Adventure. This ride is similar to Rio Grande Rapids in Enchanted Kingdom which means you are expected to get wet Naturally......
The queue leading to Rapids Adventure was very long since this ride was more kid-friendly compared to the roller coaster rides. However, bad luck struck once again. After 60 minutes of queuing and literally within a few inches from the next riders...... Ancient Egypt which is obviously inspired by the Mummy film franchise. I couldn’t emphasize more about how highly detailed the statues inside Ancient Egypt. Again, this is photography heaven for all camera lovers out there. Revenge of the Mummy has earned a notorious reputation as one of the scariest, if not THE scariest ride inside Universal Studios. Naturally, our expectations were quite high. And because this is a very famous ride, the large crowd of tourists lining up was pretty much expected. After about 10 minutes of waiting time,the ride has reverse motion which I think makes this ride scarier than others. 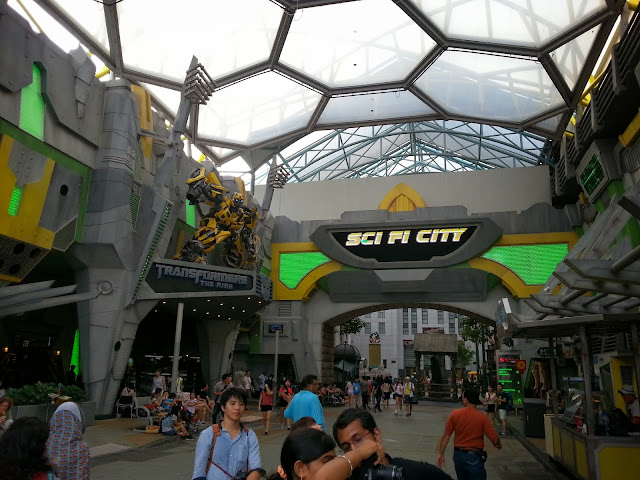 Sci-Fi City this area houses the most thrilling rides inside the theme park. Transformers: The Ride. Battlestar Galactica, Human and Cylon. This is the true launching pad for thrill-seeking tourists. 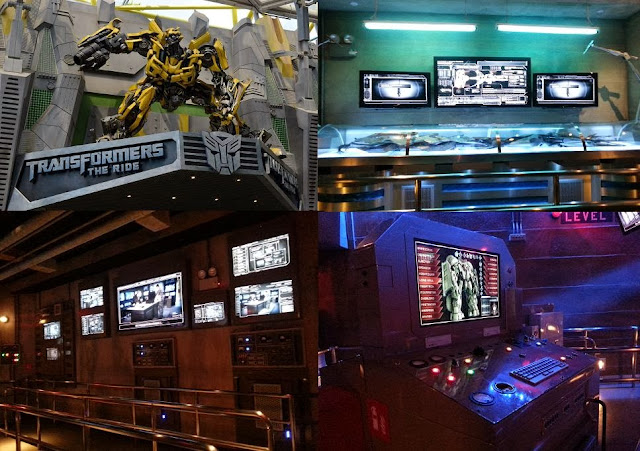 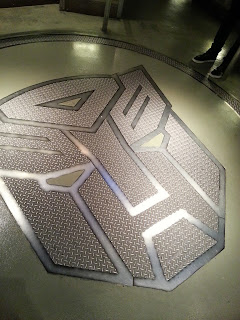 transformers: The Ride, a 4D ride which simulates chase and fight scenes similar to what we saw on the Transformers movies.
you will see interesting decor inside. LCD monitors depicting Autobots complete with skills and attributes, a decapitated hand of an enemy Decepticon and even a relic of the All Sparks can be found. It’s a good way to distract visitors from the huge line. In fact, we waited for an excruciating 5 minutes
I didn’t expect the ride to be that much fun since the ride is not technically a “roller coaster”. However, the ride brought a whole lot of roller coaster emotions. Apparently, riding inside an Autobot while being chased by Decepticons and watching Optimus Prime beat up Megatron’s
The fast-paced and action-packed scenes of the ride were smartly crafted and stitched really well which produced one hell of a memorable experience. 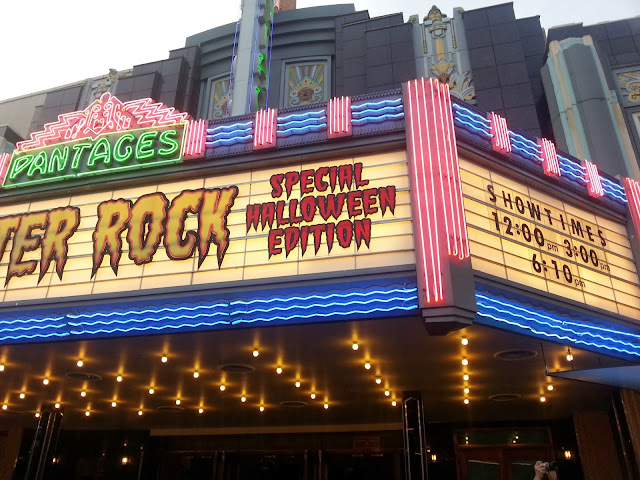 Monster Rock is a live rock musical with song and dance performances from our favorite creatures of the night: Mummy, Frankenstein, Dracula and the rest of the gang.
It has a mix of satire and comedy enhanced with world-class song and dance production numbers. I was also impressed with the strobe lighting effects and the fireworks display on stage which provided a visual treat for the audience. 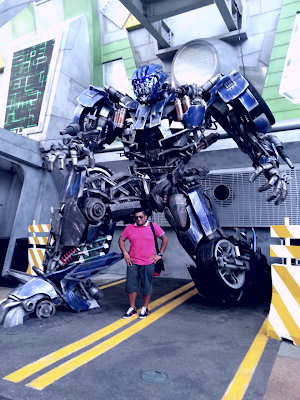 Universal Studios Singapore is totally worth a go,From ancient times to modern times,spending all day in this highly contrived and artificial environment,So all in all it was definitely a theme park of dreams, I enjoy and love the experience and I recommend it to anyone who will visit SINGAPORE, for the young and young at heart… 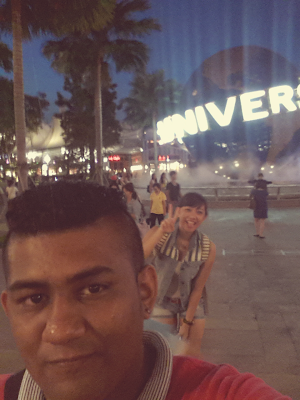 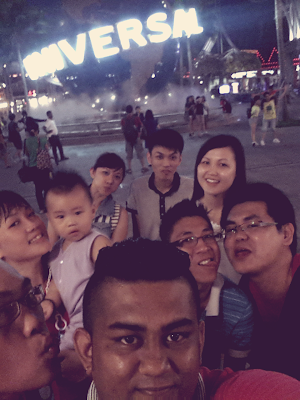 PROUD TO BE AT UNIVERSAL STUDIO FOR AN AMAZING EXPERIENCE!!!