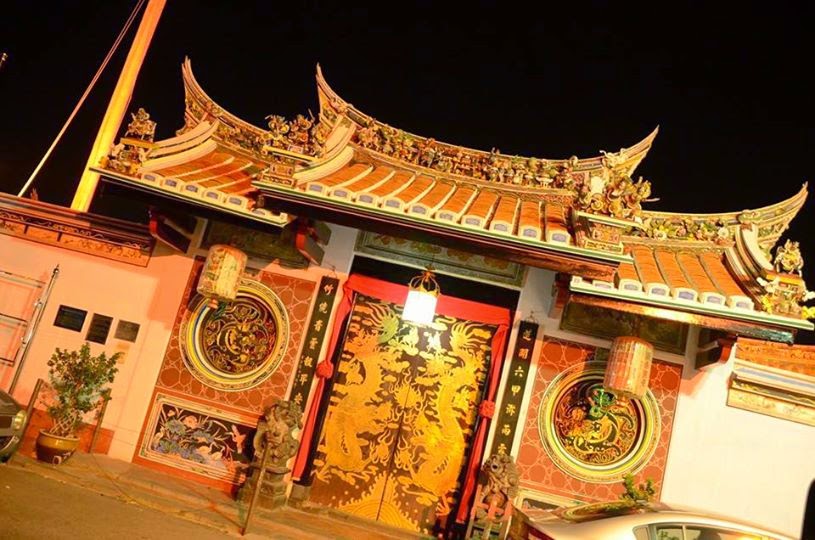 The Cheng Hoon Teng Temple (青云亭; "Temple of Green Cloud") is a Taoist temple. It is the oldest functioning temple in Malaysia. 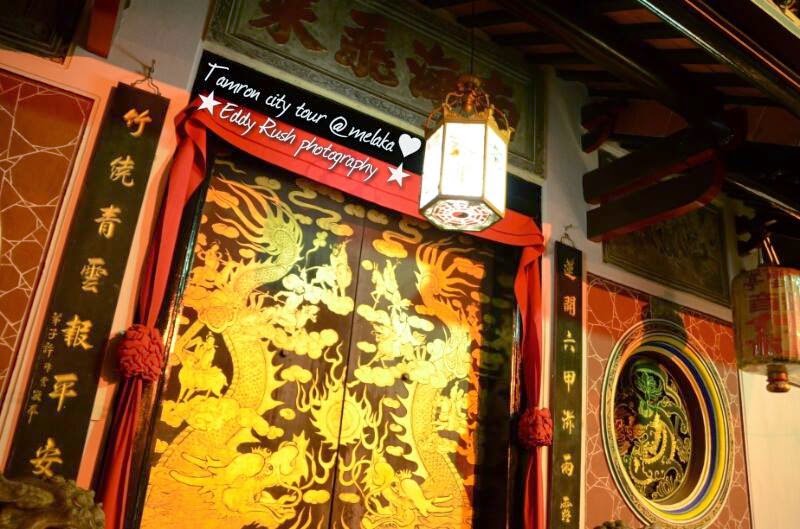 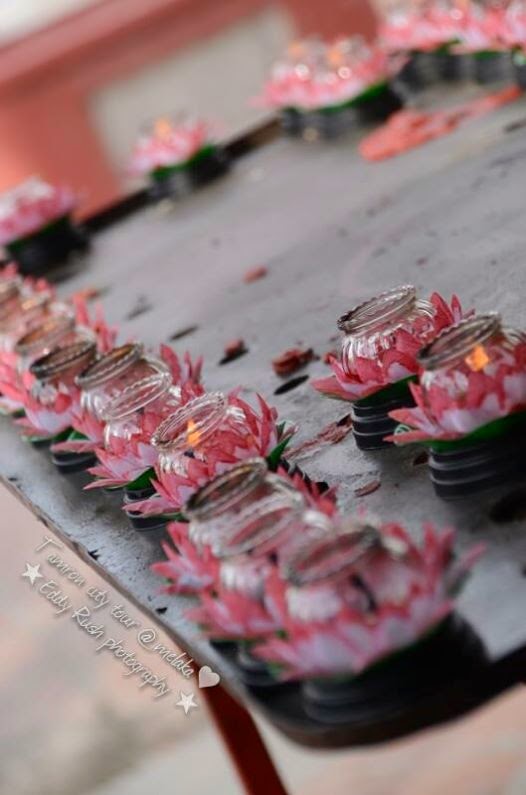 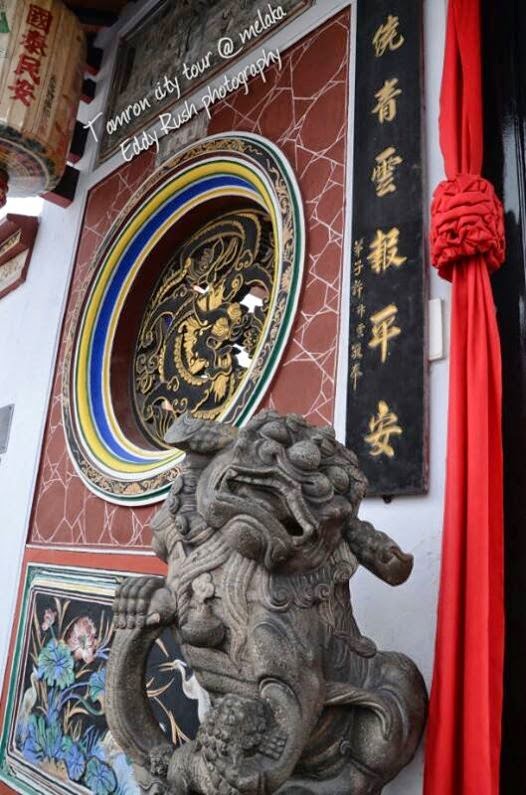 Cheng Hoon Teng Temple is one of the most notable landmarks in Malacca. Set near the Hindu temple Sri Pogyatha Vinoyagar along Jalan Hang Lekiu (in Jonker Street) this Chinese temple is billed as the oldest Buddhist place of worship in the country. Built in 1646, it is also known as the ‘Merciful Cloud Temple’. 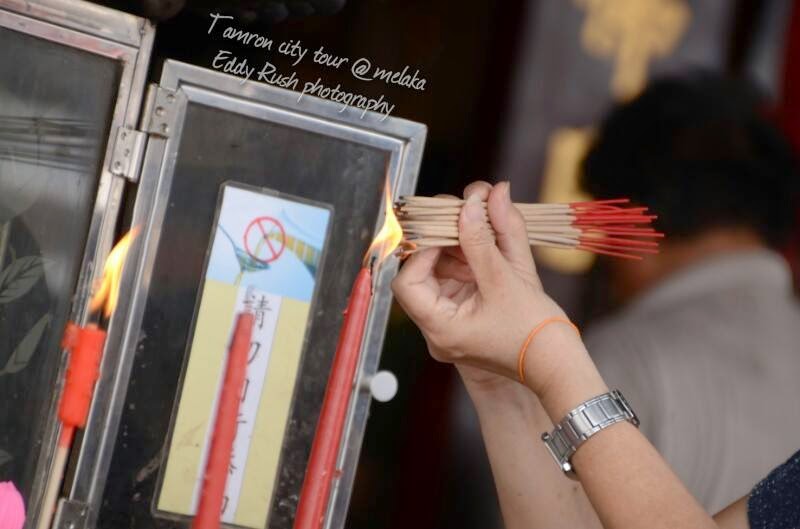 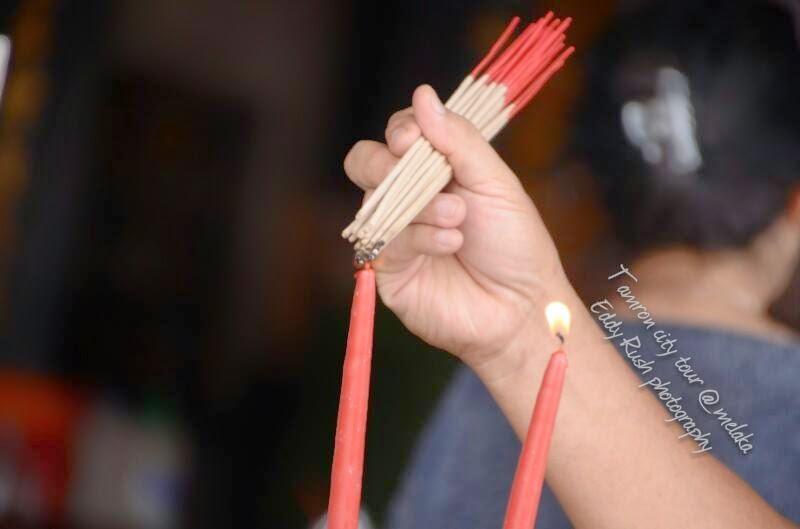 The temple is dedicated to Kuan Yin, Goddess of Mercy. A black, gold and red-robed statue of the goddess stands in the central prayer hall. 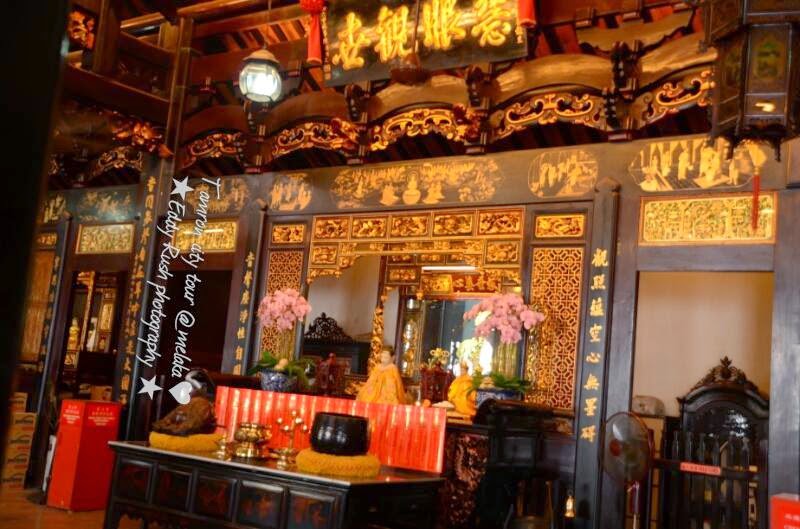 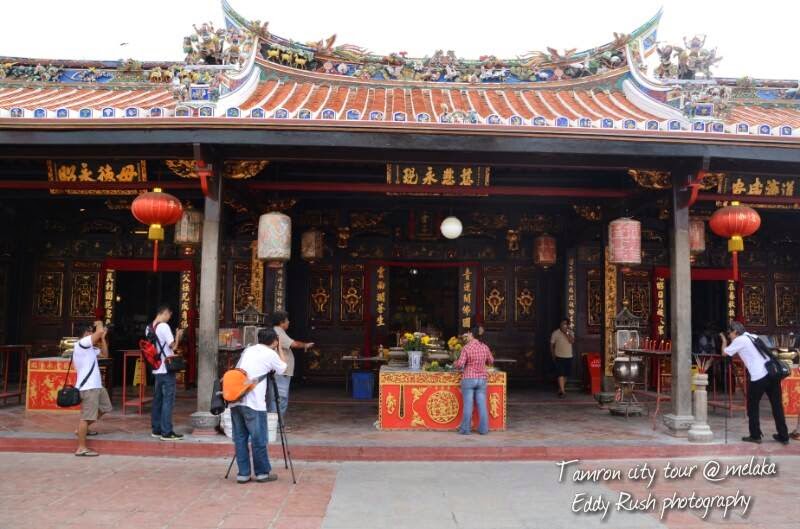 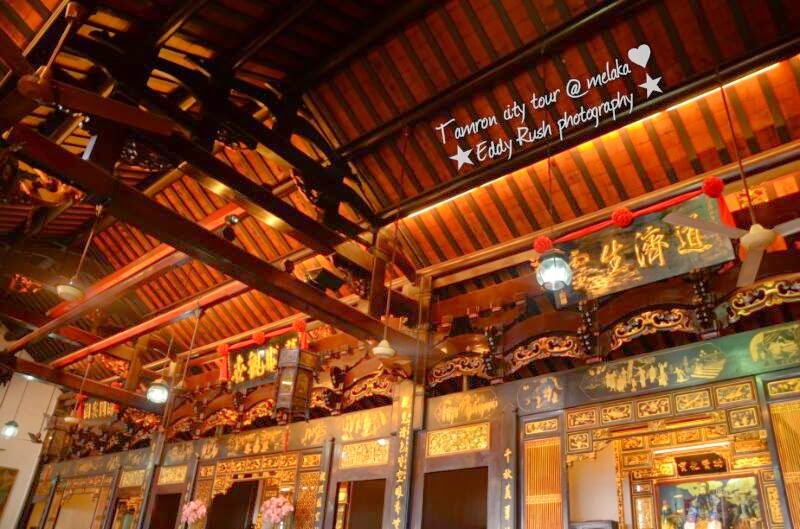 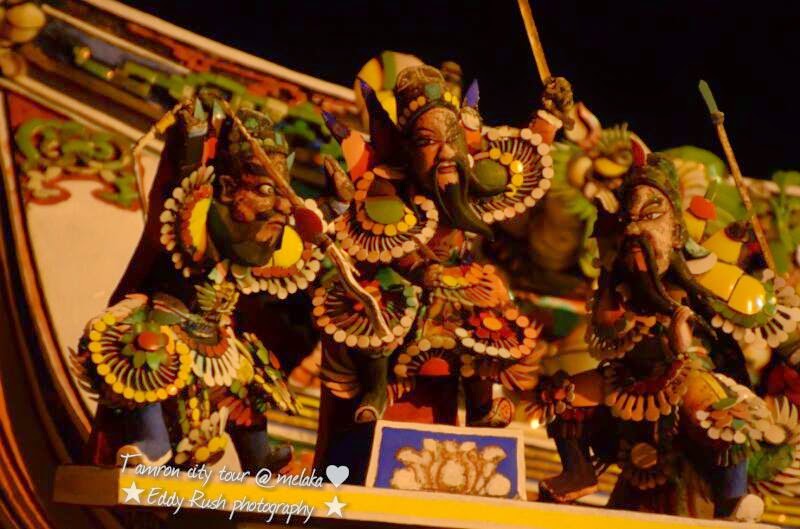 Apparently a fortune teller was consulted for advice on the location and construction of Captain Li’s grave: allegedly a grave deeper than three feet would benefit Li’s son-in-law, Chan Lak Koa, while a shallower grave would bring prosperity to his son. 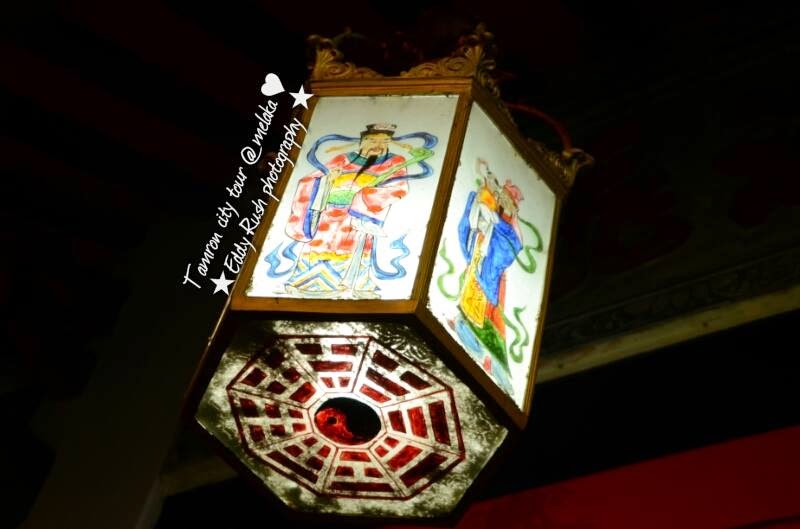 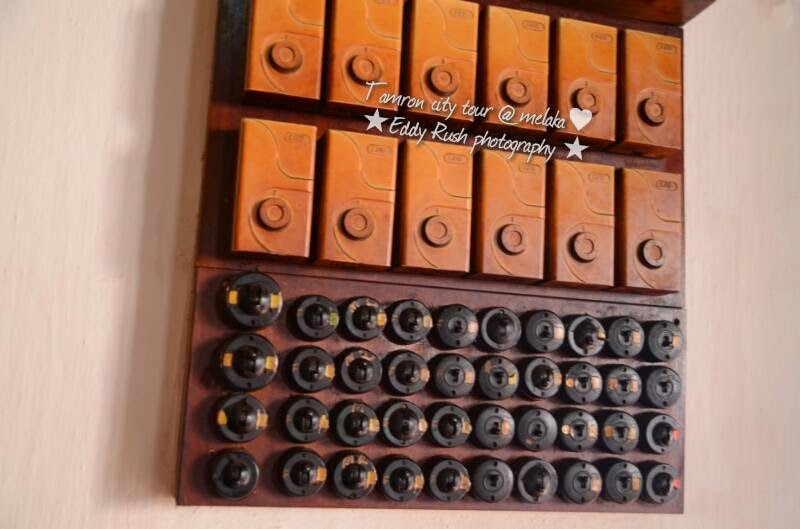 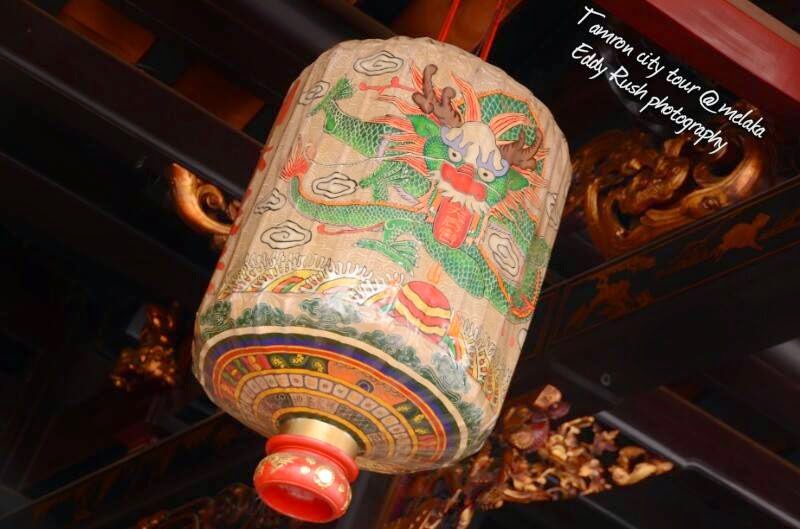 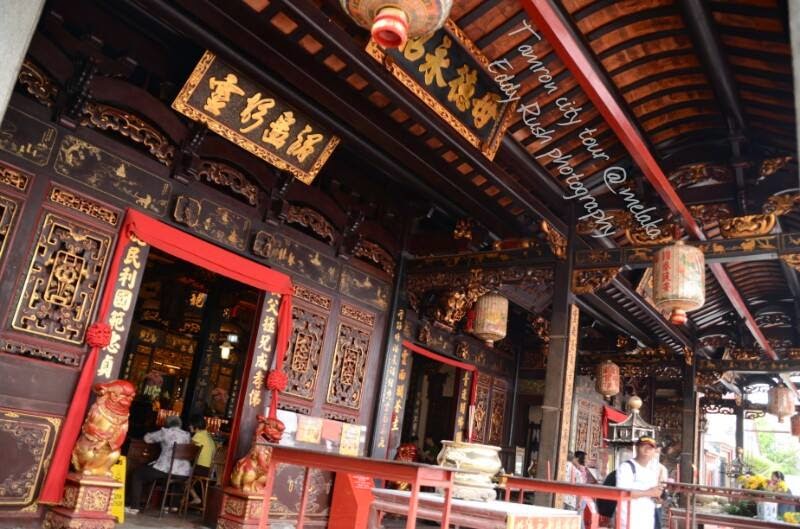 Whether intended or not, the grave was made three-and-a-half feet deep, and Chan Lak Koa’s relative success after his father-in-law’s death motivated him to construct the Cheng Hoon Teng Temple as an expression of gratitude for his success. 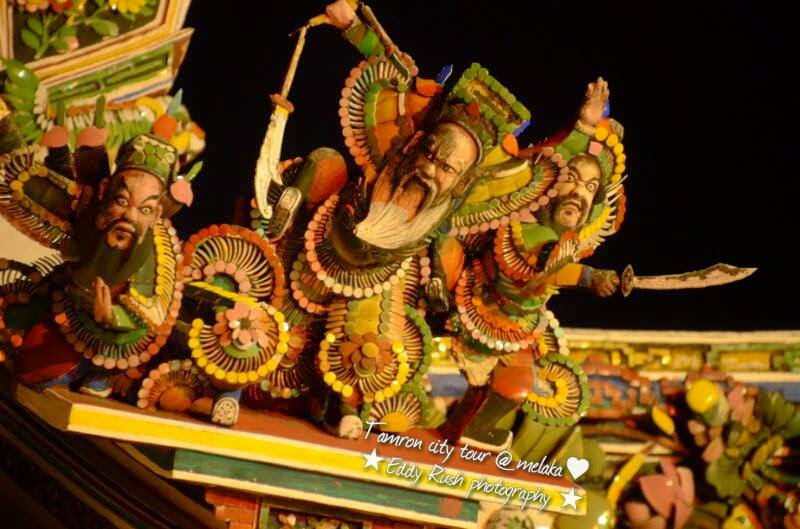 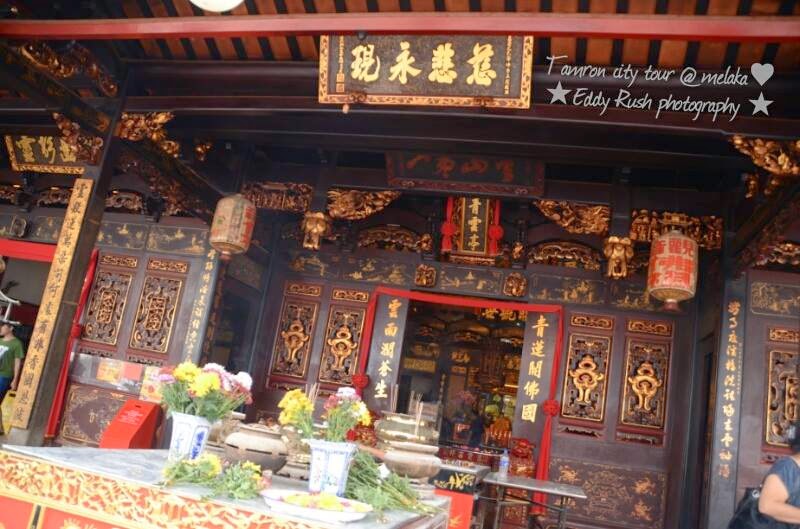 The main prayer hall of Cheng Hoon Teng Temple has a weighty saddled roof, domineering dark timber beams and beautiful carved woodwork. Smaller chambers devoted to ancestor worship are prominent throughout the temple: these rooms are filled with tablets bearing photographs of the deceased. Check out the wads of fake money and papier-mâché models of luxury items which are used as symbols of creature comforts for the dead. All building materials for the temple, and even the artisans concerned with its construction, were brought in from China.

Cheng Hoon Teng Temple is managed by the same board of trustees that serves Bukit Cina (the ancestral burial ground to the northeast of town). Due to the controversy surrounding the burial ground, you will see walls throughout the temple covered with newspaper clippings detailing Bukit Cina’s struggles against the authorities.

Directly opposite Cheng Hoon Teng Temple is a traditional Chinese opera theatre; beside the opera theatre is a newly constructed Xianglin temple. Also known as the Fragrant Forest Temple, this shrine follows the traditional layout of Chinese Buddhist temples.