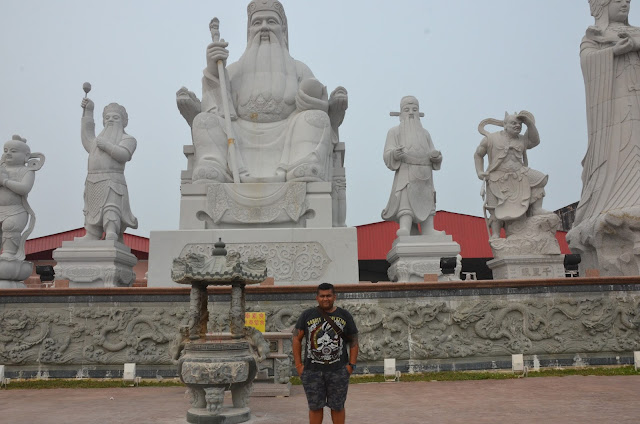 Tua Pek Kong Temple (品仙祠大伯公和观音堂) @ Sitiawan -
品仙祠大伯公和观音堂 is located at Kampung Pasir Panjang Laut Sitiawan, Perak . Started with the large God's Statue on 2012 and keep on added alot new statue that attrative and makes this place one of the tourist attraction pit stop till today in sitiawan . 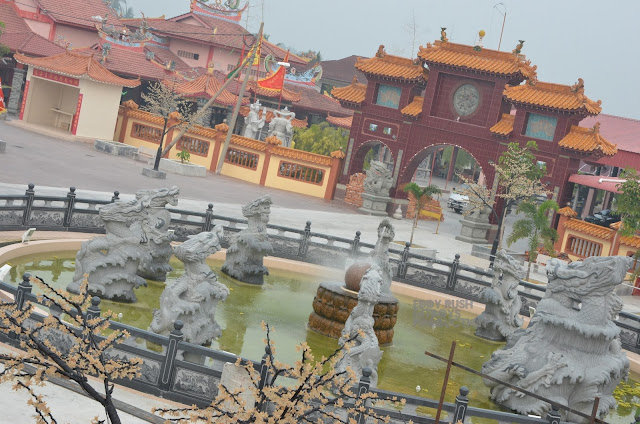 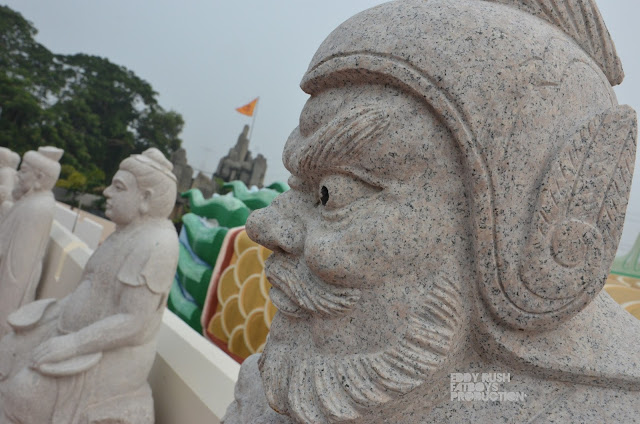 Since I was at my hometown Ipoh and nothing to do on the day time , I planned a Half day Trip to sitiawan for foods and this Tua Pek Kong Temple since I haven't been there before . me , my two friend that grown up in the same village and study in the same primary scholl together at my kampung and his girlfriend . we know each other about almost 20 years except his girlfriend la . we seldom meet up while everyone in kampung come out to city for work . mostly will meet up everyone on chinese new year every year , where all of them will be back to hometown for holiday . 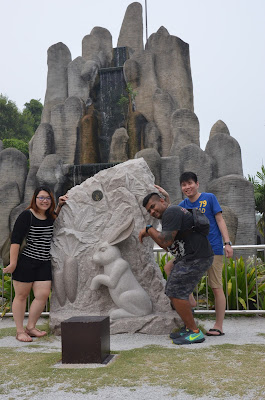 Four Of us make a move from Ipoh and it takes about one and half hours to reach sitiawan , In the car where we started to chat about how our working life going on , each of us have our own stories that make our living going further . we talk talk and talk till sitiawan . we stop at Cheong Cia Gong Pian , the famous Gong pia in sitiawan , I think everybody know about this right , so i can short my story without talking about gong pia , if really need more info , you can click on the orange words , it is a link full info of Gong pia and we queue around half hour for this but worth it . 15 minute drive from Cheong Cia Gong Pian to Tua Pek Kong Temple , it was heavy with haze that covered the sky in sitiawan can't even see the SUN . everyone know the haze this year was horrible , Luckily Ipoh was not that bad with haze . One of my fren said there was holy water at Tua Pek Kong Temple that will give us luck in life or strike lottery because ealier when I went to his house to fetch them , I was curious when he brought two empty bottle into my car , he wanna fill the bottle with the holy water and bring back for his family blessing purpose . 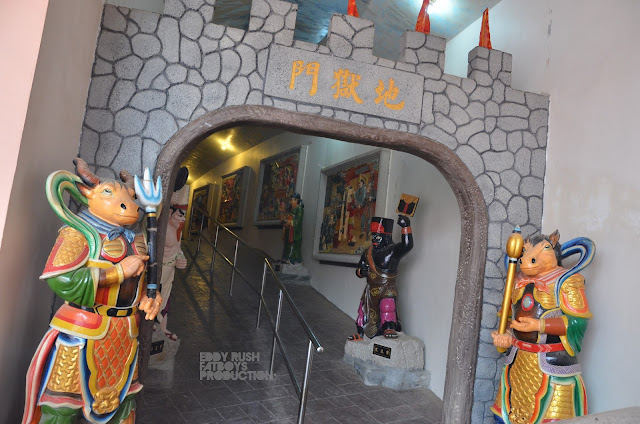 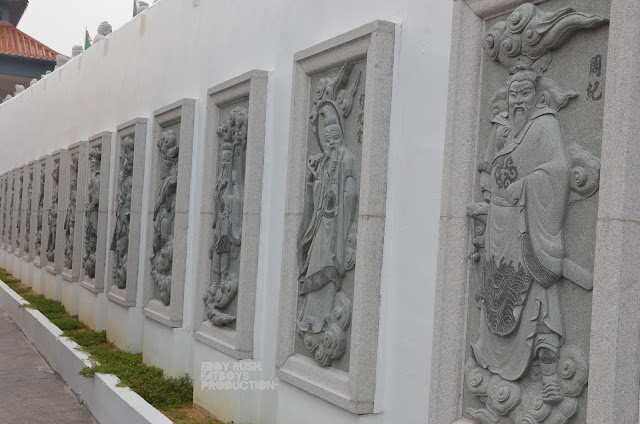 The more than 100-year-old Tua Pek Kong Temple at Pasir Panjang near here has become a popular tourist attraction in the Manjung district . This temple is an attraction site in Lumut, Malaysia .  Many who went there to pray had won lottery. That is also the reason how it can change from a small temple into an attraction site . 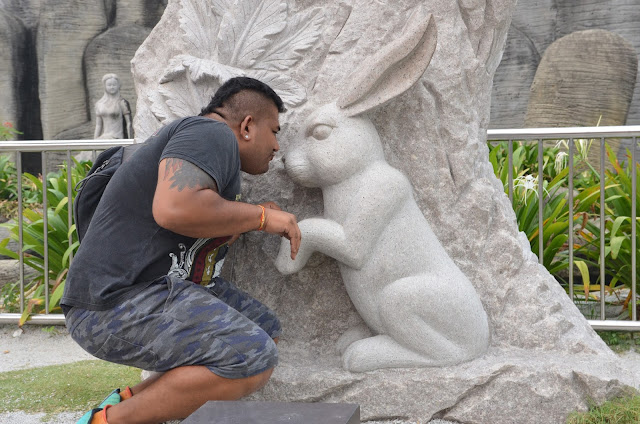 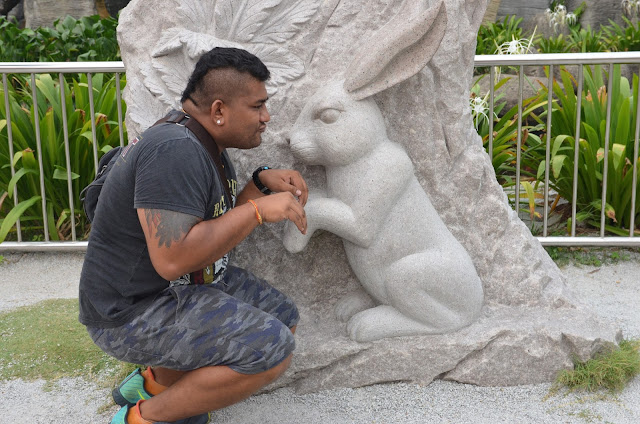 It is because Chinese believe that when you strike a jackpot, you have to donate part of it as charity . So, you can imagine how many donation it has received from these people, in order to turn it into such a beautiful place with so many giant statues . 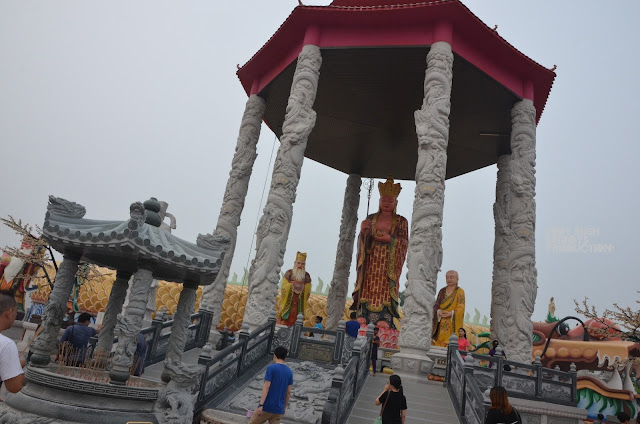 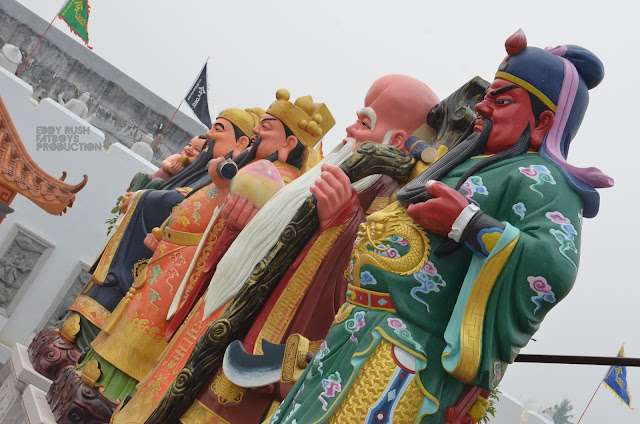 The main attraction drawing crowds of local and out-of-town visitors are 98 statues of deities and animals from the Chinese lunar calendar  on the well-landscaped three-hectare compound . 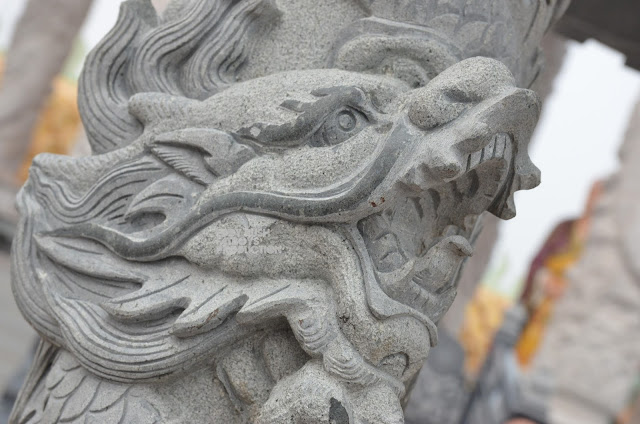 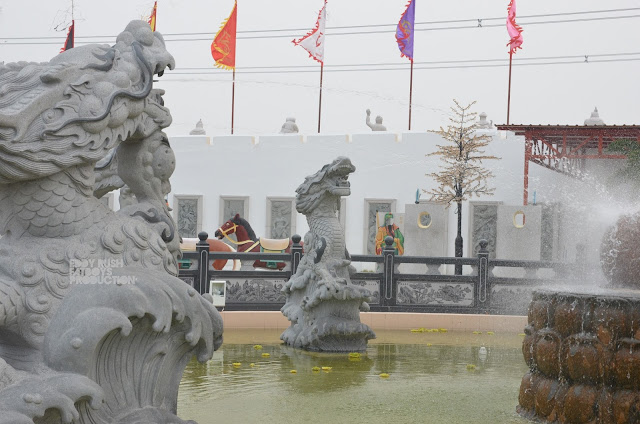 There are also 11 statues measuring between 2.1m and 14.6m  in height on a broad-based, two-metre high classical facade facing the sea . 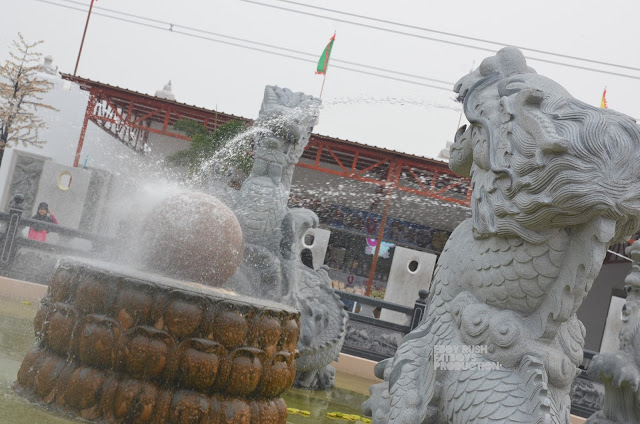 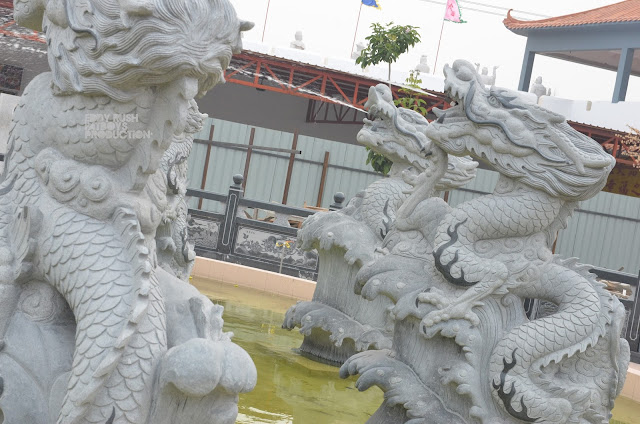 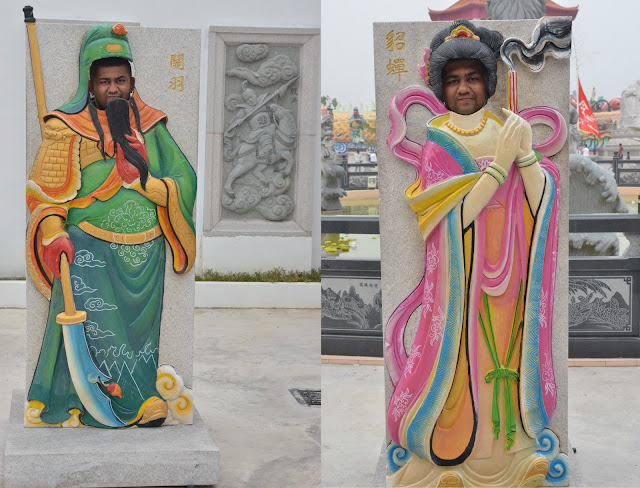 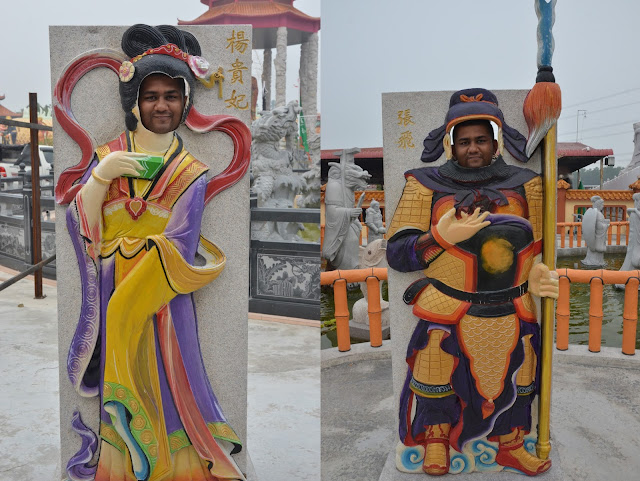 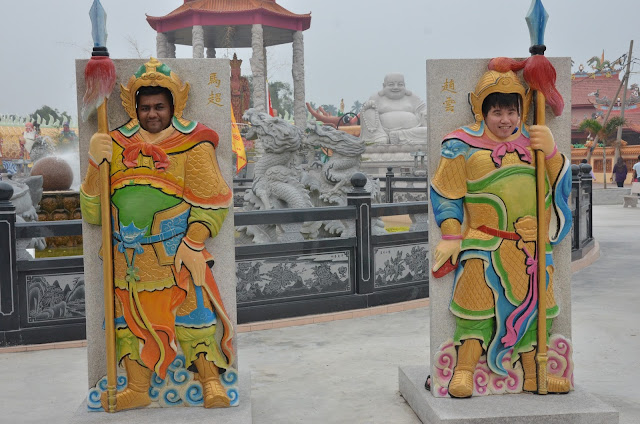 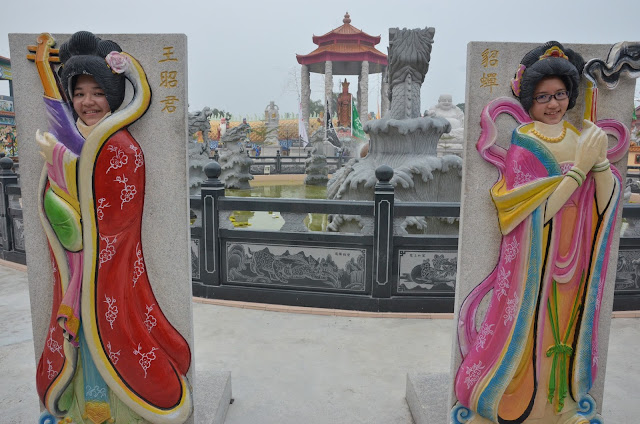 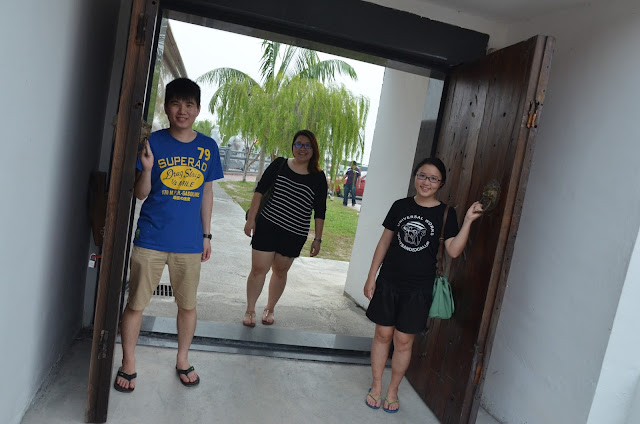 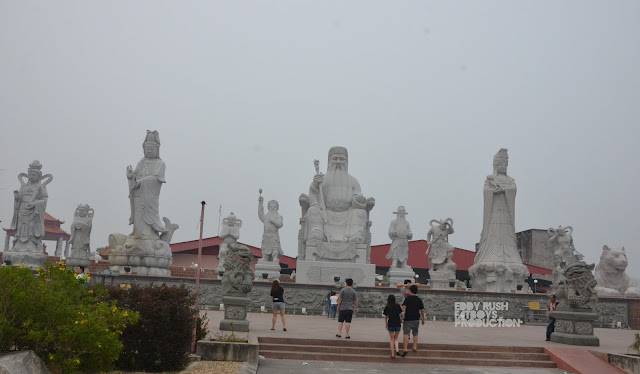 Follow this direction from Google Maps and the direction does not lead you straight to the temple , but should be able to take you to the road leading tru some village . There are plenty of signboards once you are about to reach .
Tua Pek Kong Temple
Jalan Pasir Panjang,
32000 Sitiawan,
Perak, Malaysia
Malaysia
Location: Jalan Pasir Panjang, 32000 Sitiawan, Perak, Malaysia