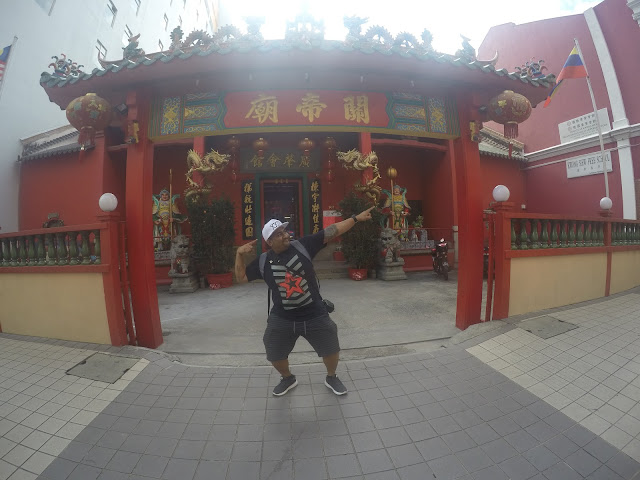 Kuan Ti Temple is a 121 year-old Taoist temple located along Jalan Tun HS Lee. An easily recognisable building with a bright orange façade, it is dedicated to Guan di god , the Taoist God of War and Literature there is a red-faced , long beard statue of Guan di at the rear of the temple . Also known as Guan Di Temple , on the altar in front of the statue of Guandi (also called Guan Gong or Guan Yu) is guan dao and guan jie is a famous sword and spear . Deified in the Sui Dynasty , devotees believe that Guandi’s weapons have special powers and that they will be blessed by ‘touching’ or ‘lifting’ the 59kg copper guan dao three times . 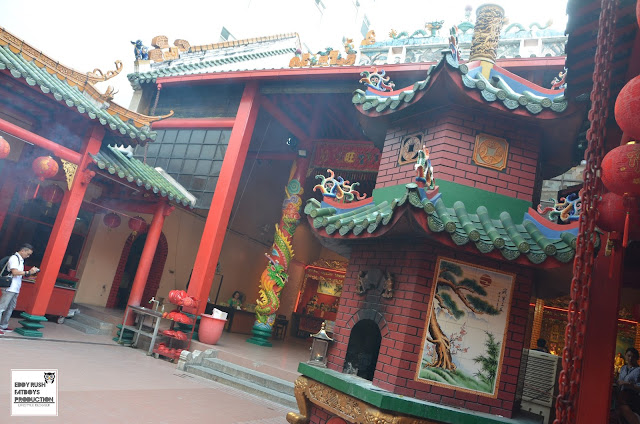 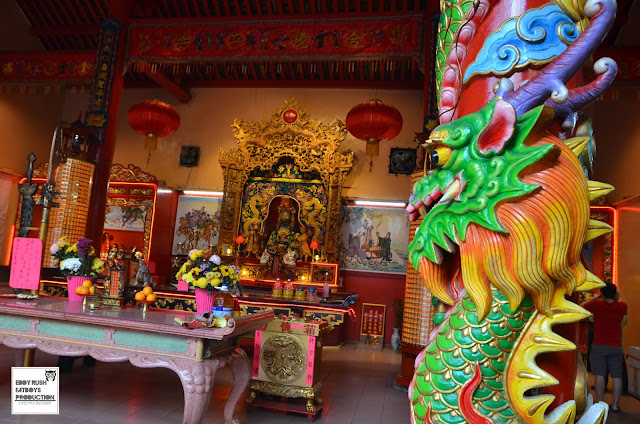 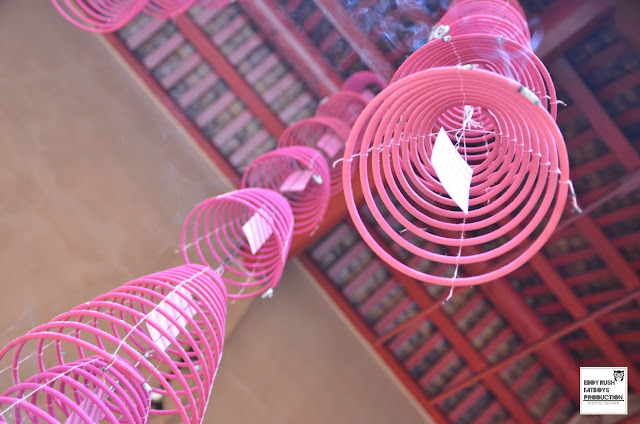 Design of Kuan Ti Temple
Also known as the Kwong Siew Free School , two stone Chinese lions used as protective symbols to ward off negative energy on pedestals guard the entrance of the temple . They form a happy , protective ‘family’ that guards the temple  the male with a ball is on the left side of the door , inside looking out , and the female is on the right with a baby Chinese lion . Behind the two lions are the Door Gods Men Shen and two smaller Chinese lions even the roof is a sight to see with beautiful carvings of dragons and chilin . 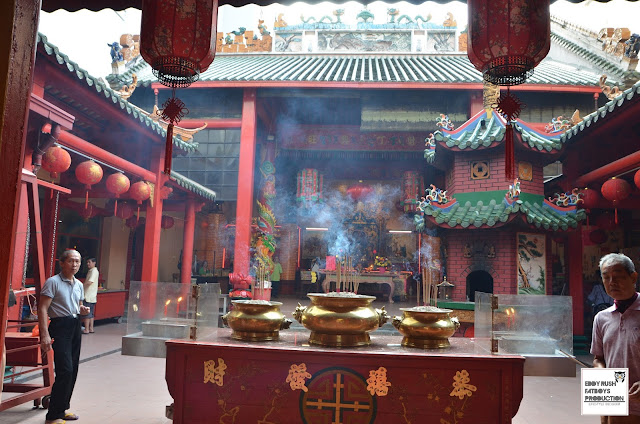 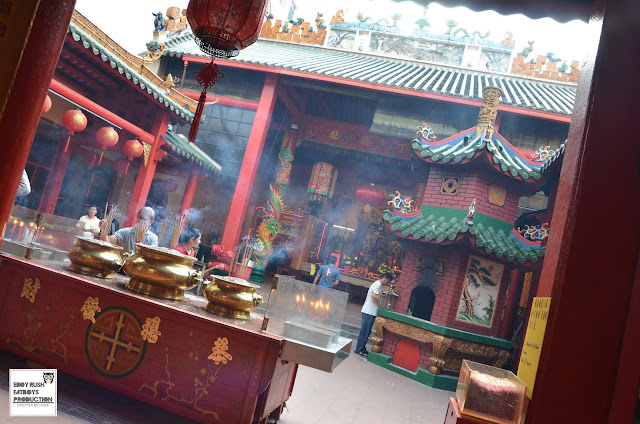 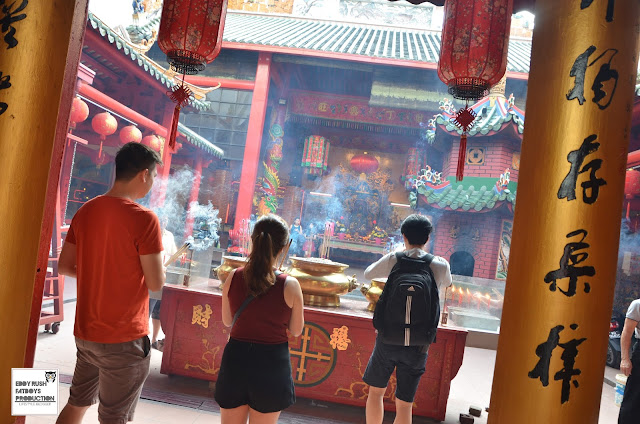 Interior of Kuan Ti Temple
Inside the temple is a counter where joss sticks and incense are sold . Colourful dragons are coiled around the two main pillars in the interior of the temple . By the side of the main Guandi statue at the altar are his two attendants Guanping who carries a seal and Zhoucang his standard bearer the three statues are wooden but as a sign of his elevated status , Guan Di’s face is painted gold . Interesting fact : in China , Guan Di the patron saint of the martial arts , is extremely popular with the police and triads and both pray to him for divine protection . 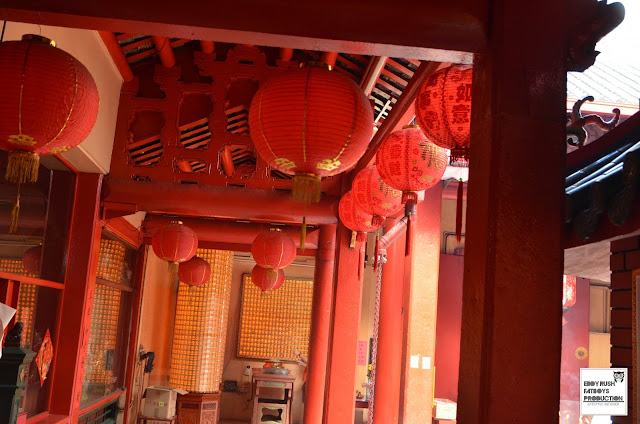 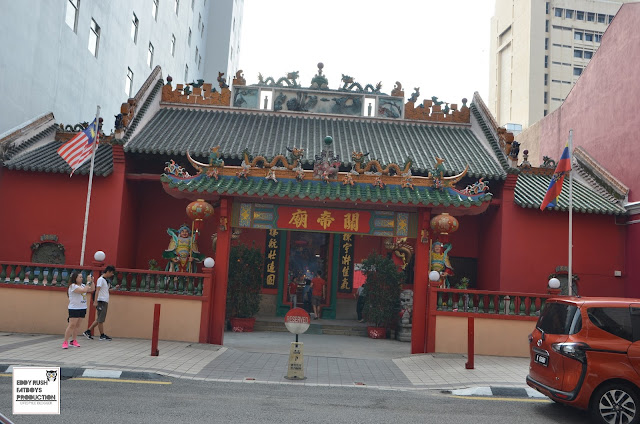