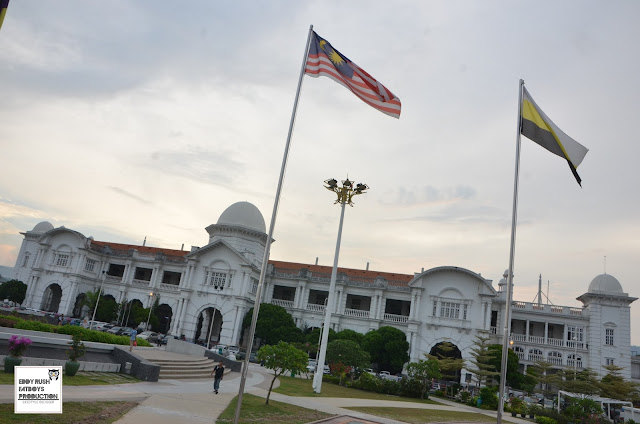 The Ipoh railway station is a Malaysian train station located at the south-western side of and named after the capital city of Ipoh, Perak. It serves as the main railway terminal for the state under Keretapi Tanah Melayu, offering KTM Intercity services, ETS services, as well as handling freight trains. Although there are 9 tracks, only four are electrified and three of the electrified tracks are used for ETS and Intercity services. While the rest (6 other tracks) are use as a freight yard . Designed by Arthur Benison Hubback, the current station was officially opened in 1917. Affectionately known as the Taj Mahal of Ipoh by its locals, the building also houses a station hotel called the Majestic Hotel . 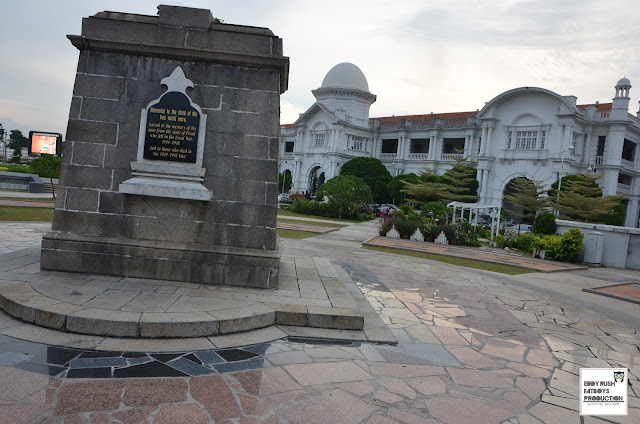 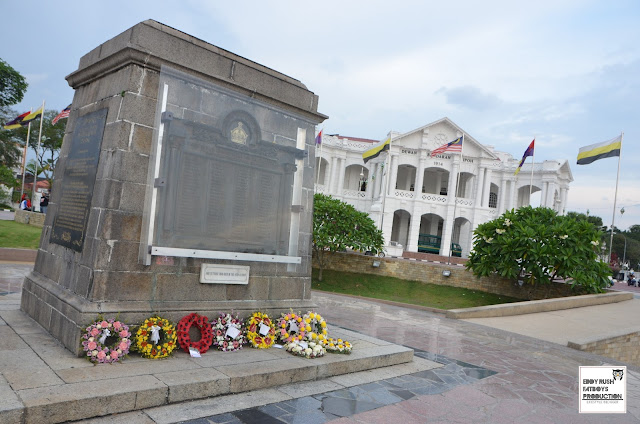 The first Ipoh station was constructed in 1894 as railway tracks for the Perak Railway (PR) were first laid along Ipoh, serving the town for 20 years through the final years of the PR and its consolidation into the Federated Malay States Railways (FMSR).

In 1914, construction of a second station and hotel to replace the first station began; dogged by material shortages and escalating costs of labour during the Great War, the station was only completed in 1917. The new double-storey station building was constructed with vastly larger space to not only house railway offices, but also Majestic Hotel, an enclose hotel that also boasted a restaurant and a bar. Originally offering 17 bedrooms which directly grant access to the second floor loggia, the hotel upgraded its number of rooms to 21 in 1936. 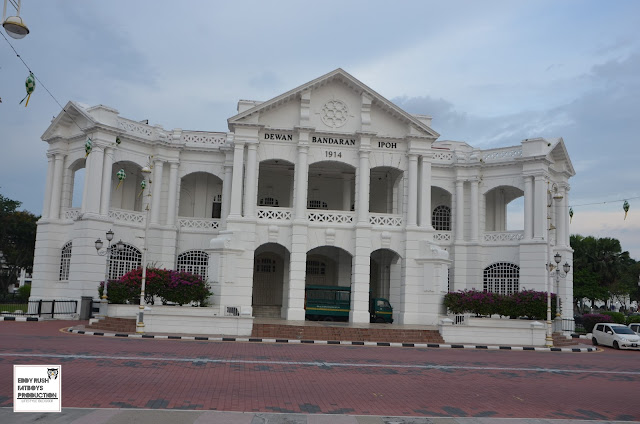 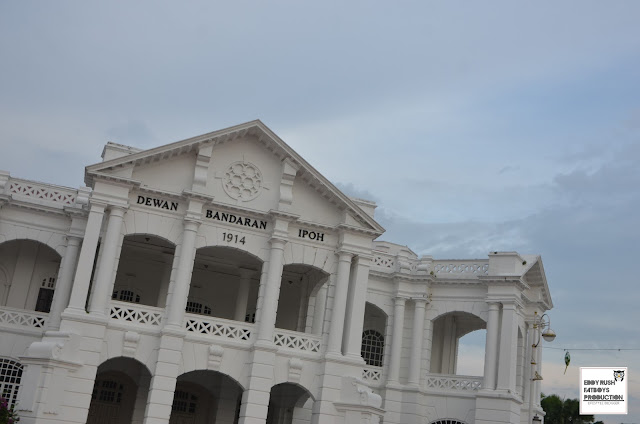 For over 80 years, through the operational years of the FMSR and its eventual successor, Malayan Railways, the station's overall layout has remained largely unchanged since its construction due to minimal upgrading exercises throughout the wider Peninsular Malaysian railway network . Like many early stations built under Perak Railway, the 1894 station's construction was rudimentary, consisting of a single-storey wooden structure with massive pitched tiled roofs and an overall open air layout. 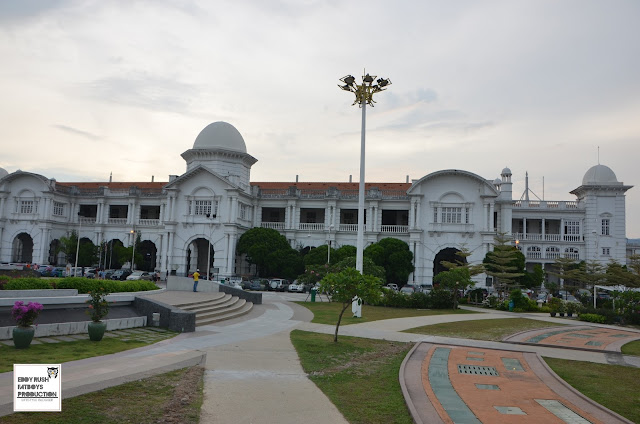 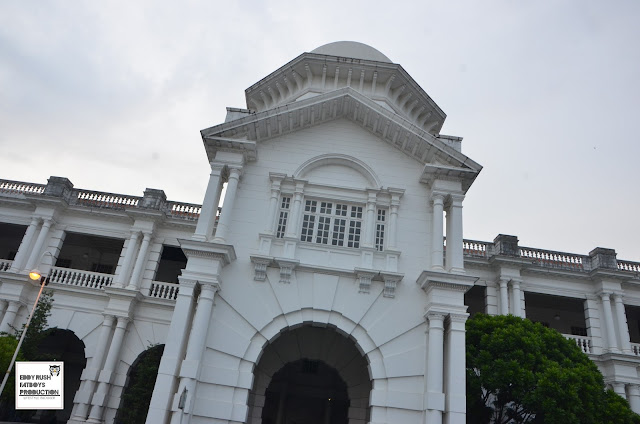 In contrast to the Kuala Lumpur railway station, the Ipoh station's exterior is more distinctively Western in design, drawing elements of late-Edwardian Baroque architecture and incorporating moderate rustication on the base of the ground floor, opened pointed and arched pediments, extensive use of engaged columns, and a large central dome over the porte-cochère, while integrating vernacular elements such as deep, open air loggias into the ground floor and upper floor of the building (the ground floor's loggia measures at 183 metres, the length of the station's frontage). In spite of its overall aesthetics, elements of Indo-Saracenic architecture are still found in the form of miniature chhatris towering over corner support columns on both sides of the structure.The 1917 station originally boasted three platforms; one side platform and two island platforms connected by underground tunnels, with steel-and-wood pitched canopies as shelter . 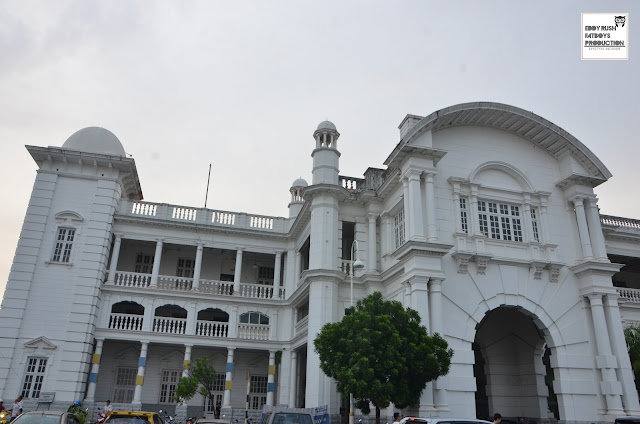 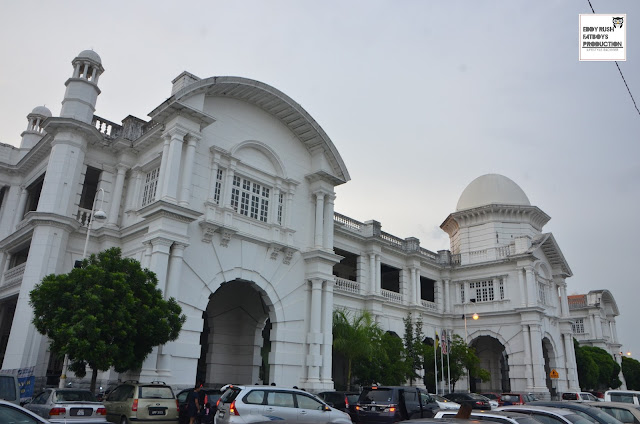 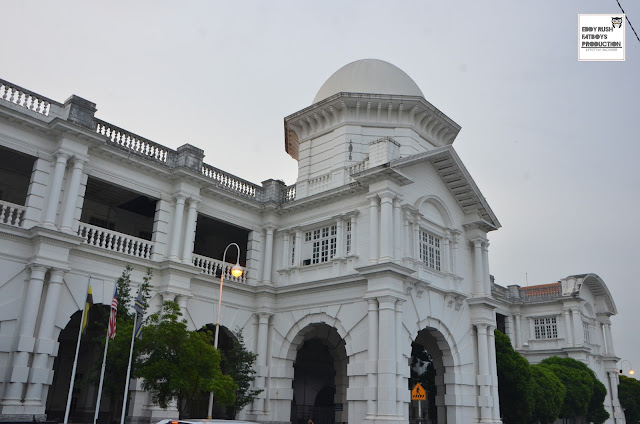 As part of KTM's double tracking and electrification project between Ipoh and Rawang, the Ipoh station was significantly renovated over the course of the 2000s. The most dramatic change is the total rebuilding of the platform area, which composed of new platforms levelled to the height of train carriage entrances, as well as accommodation for newly laid double track and overhead lines; the upgrade also replaced the original underground tunnels between platforms and canopies with an overhead bridge and a curving steel-framed train shed, although the platforms' original wooden benches were retained in the process. Although some interior refurbishment on portions of the ground floor of the main building were also conducted, remaining elements of the station building, including the station's Majestic Hotel, were preserved. The overhaul was completed in October 2007, three months before the conclusion of railway electrification between Ipoh and Rawang . 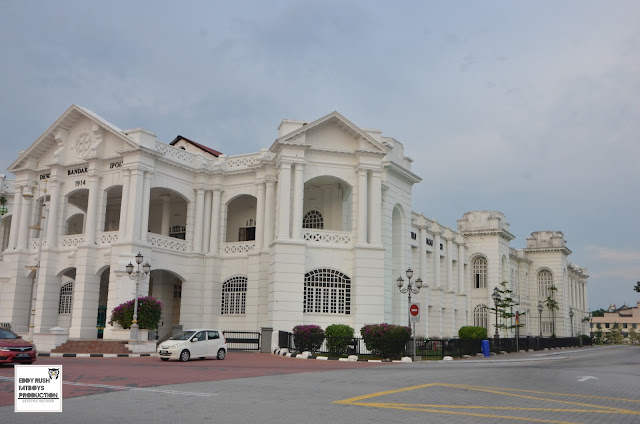 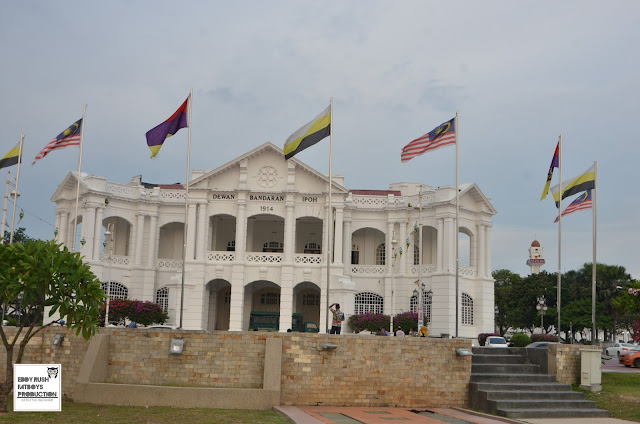 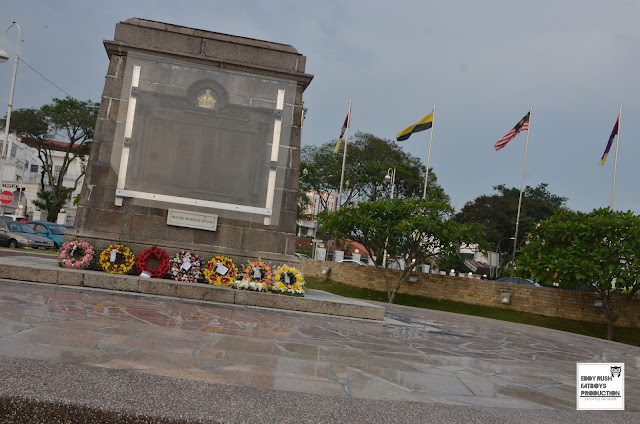 The Ipoh station is fronted by a large square known as the Ipoh Station Square. For much of its early history the square is a lawn sparsely lined with trees; a garden park was eventually built over the site over the course of the 1970s and 1980s, incorporating heavier vegetation, tiled and paved pathways, and a plaza containing sculptures and fountains. Between 2011 and 2013 the entire square was heavily stripped and rebuilt as an open plaza featuring minimalist terraces, and larger, more open lawn patches. The reconstructed square is also branded as the "Ipoh Heritage Square", serving as the starting point of the Ipoh heritage trail.

The square is also prominent for a cenotaph erected in the centre. Unveiled during the 1927 Armistice Day, the stone brick cenotaph was built to honour men from Perak who have died in the Great War. The cenotaph has subsequently been modified with new plaques to honour fallen soldiers from Perak in World War II, the Malayan Emergency, the Indonesian confrontation and the "Re-insurgency Period". As a result of the cenotaph's location the square has been a long-time local venue for Remembrance Day and Anzac Day. Some earlier plaques have been removed and replaced in an intervening change; the original brass plaque for the Great War dead has been restored although it is reinstalled on a different side of the cenotaph while several decorative brass parts have remained missing; to counter further vandalism the brass plaque has been covered with protective plastic shielding. A more recent addition is a memorial plaque that pays tribute to combatant and non-combatant prisoners of war who died building the Thailand–Burma Railway . The cenotaph, along with a matured Ipoh tree planted in 1980, are some of the few elements of the Ipoh Station Square that were preserved during the 2011—2013 rebuild .