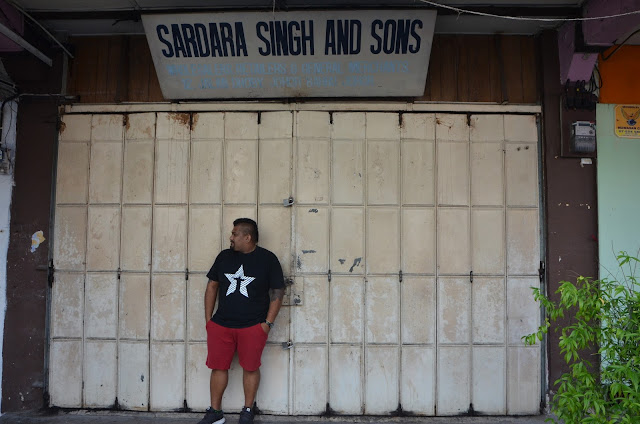 Johor Bahru, or JB for short, is Malaysia's second largest city with a population of around 2 million covering a sprawling, industrialised and commercial urban area . Just 150 years ago it was a small Malay fishing village but grew rapidly due to stable government policies, an influx of Chinese immigrants, the construction of the railway and, most importantly, its close proximity to Singapore to which it was linked by the Causeway completed in 1924 .

The city does have some excellent tourist attractions for heritage lovers. Some of them are located close together in the historic heart of the city and can be covered easily on this walking tour . The whole idea of this trail, is to get visitors to explore and learn about the old town of Johor Bahru, which was originally known as Tanjung Puteri and renamed in 1866 to Johor Baharu. For added information, the word Johor, originates from the Arabic word of ‘Jauhar’ which means gemstone .

This imposing building housed the State Secretariat until recently. It dominates the JB skyline and was once the tallest building in Malaysia until independence . It was completed in 1940, just in time for the Japanese to occupy it and use it to plan their invasion of Singapore. Currently unoccupied, there is talk of converting the building into a museum . 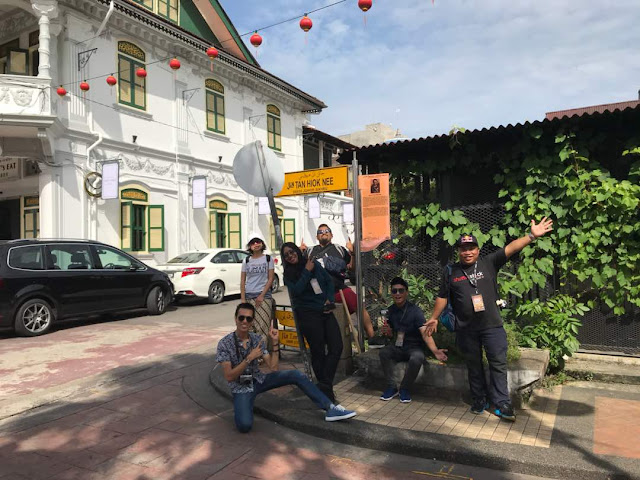 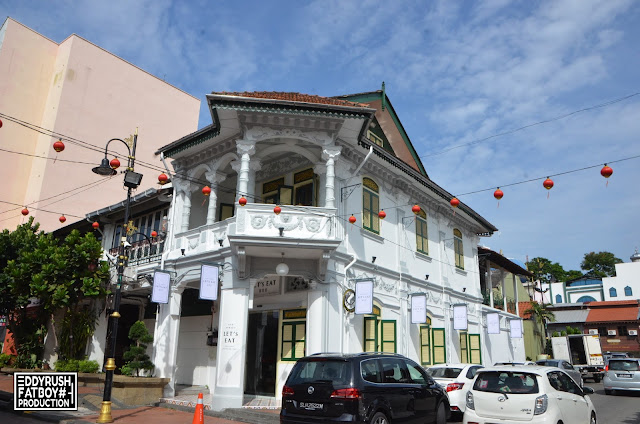 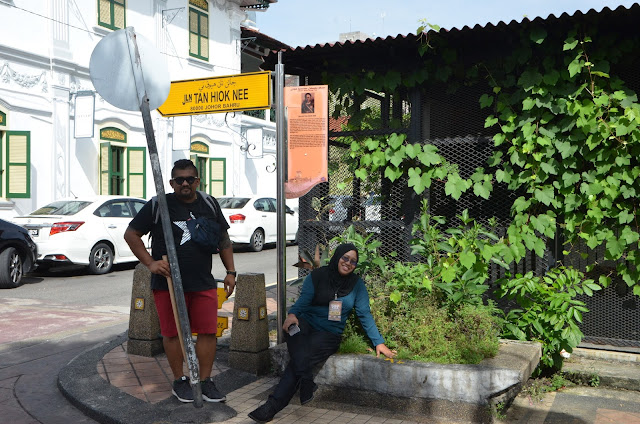 This street is named after a trader of clothing, pepper and gambier who became known as Major China Johor and was a wealthy leader of the Chinese community. The street has been given a makeover with neat pavements, trees and painted shophouses.

From the red building in the photo I obtained a free copy of a Johor Bahru Heritage Trail booklet produced by Johor Bahru City Council and Tourism Malaysia-Johor. Their tour covers many of the same attractions as mine. There was also a photo exhibition going on in this building . 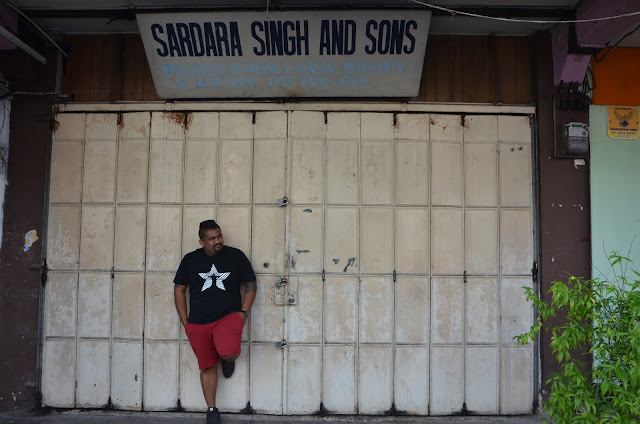 In total, there are 13 prominent places of historical interest in the form of mosques, temples, churches and old buildings and you will most likely come across the 6 main arches that are located in the heritage zone of the city. There are also 31 heritage shops located around the area that are still operating as they were . 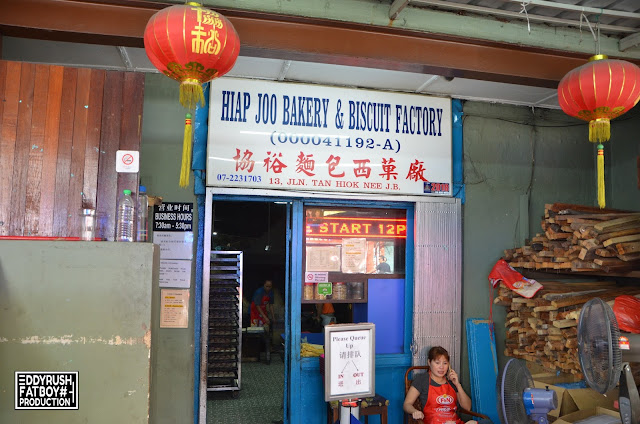 Famous for its banana cakes and coconut buns, there is always a long queue outside the shop and sometimes even up till the streets. Hiap Joo Bakery has been in operation since 1919 and even the Royal family of Johor frequent this place. The cakes and bread are deliciously unique because they are baked in the traditional clay-brick oven using wood fire. The banana cakes are soft and moist that you’d find it hard to stop once you start. You will want to bring boxes of their cakes back home for the rest of your family and friends once you’ve tried it.

Salahuddin is one of the oldest bakeries in JB. They still use that old room-sized wood fired oven that they had been using since 1937 . Salahuddin makes a wide range of old styled cakes, breads, pastries, muffins and Bengali puffs – all with that old wood fired oven . 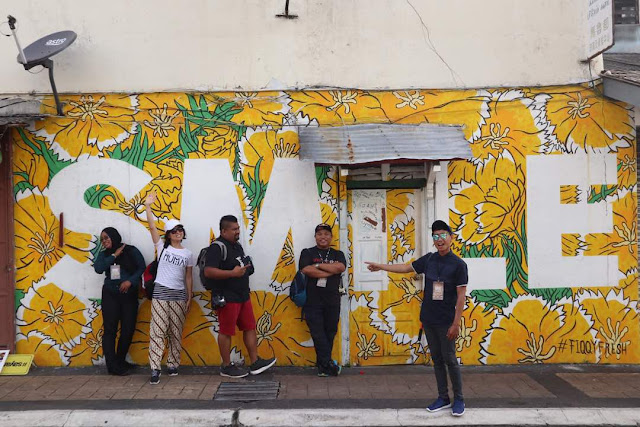 Along the heritage walk, some of the old heritage coffee shops are a must-try to experience how the locals enjoy their daily coffee and tea. The best time to explore the JB Heritage Trail is in the mornings from 8.00 am onwards as this is the time when most places are bustling with activit 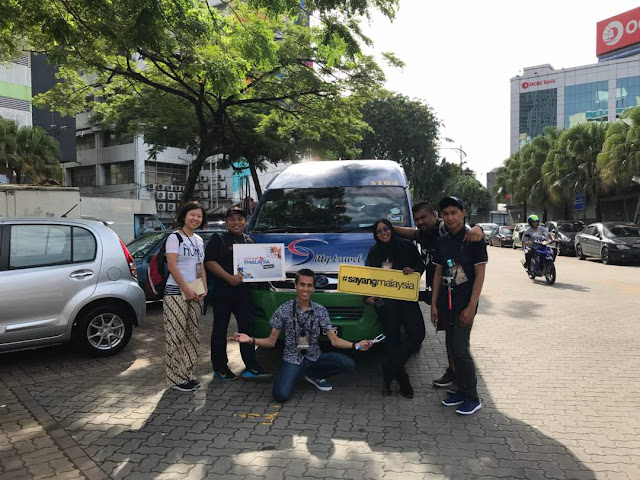 After visiting to historical sites in Johor, you definitely will learn more about the history and culture of Johor Bahru . 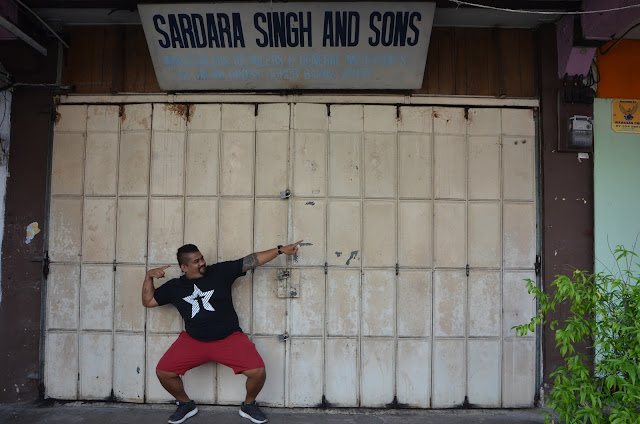