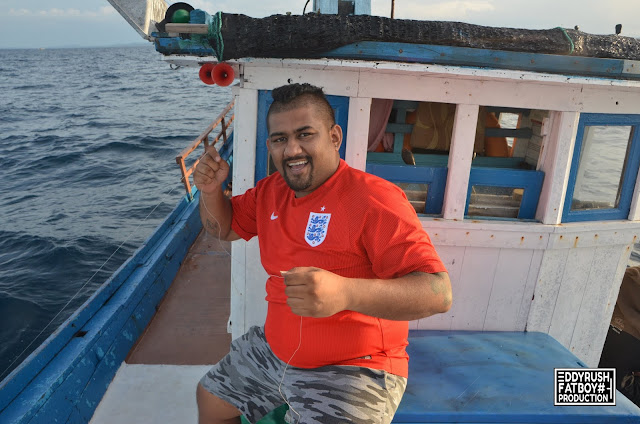 During the stay at Ombak Kapas, we went for squid jigging (candat sotong) after 5pm, this is one of the most popular activities offers by Ombak Kapas. cruise for an hour in a fishing boat heading to middle of the ocean, This is due to the abundant of squids in the sea of Terengganu from the month of March until September, with the peak month normally in May. 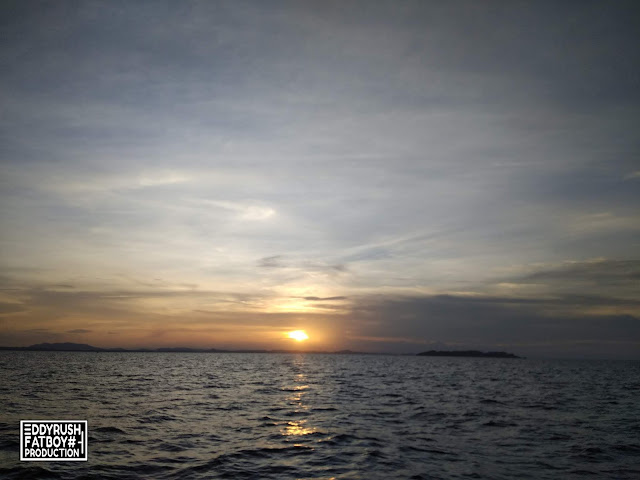 The boat leaves Ombak Kapas Resort around 5 p.m in the evening, and depending on the guest, the fishing period can be until 10p.m, or even extended until 6.am in the morning. 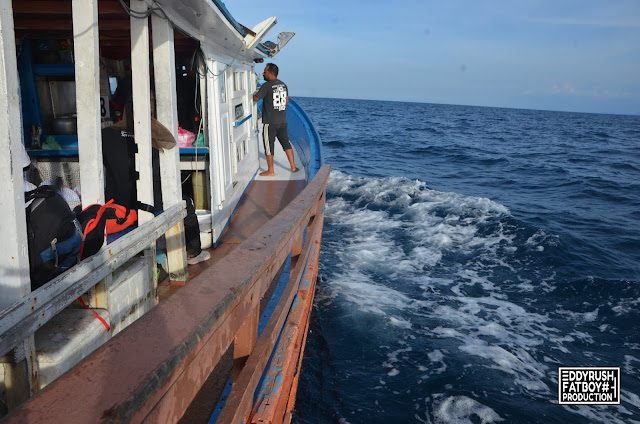 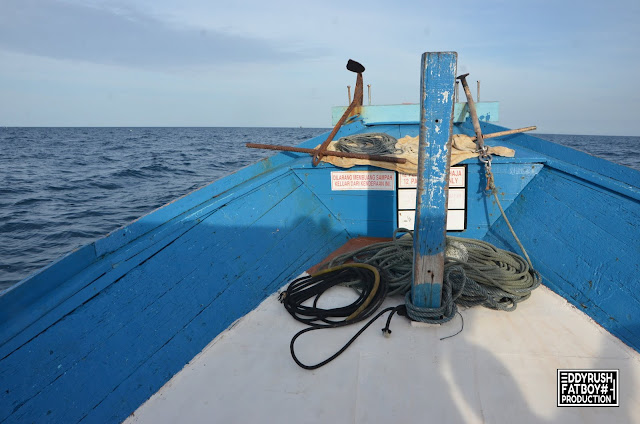 The jigging equipment will be provided when you rent the boat, and depending on the sea situation, the fishing location can be changed every night to find the area with the most squids. 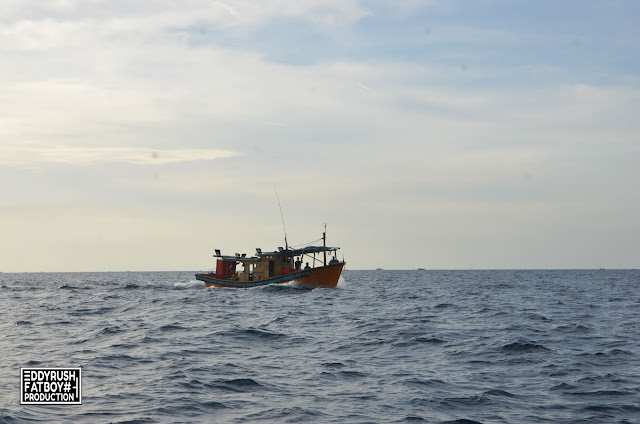 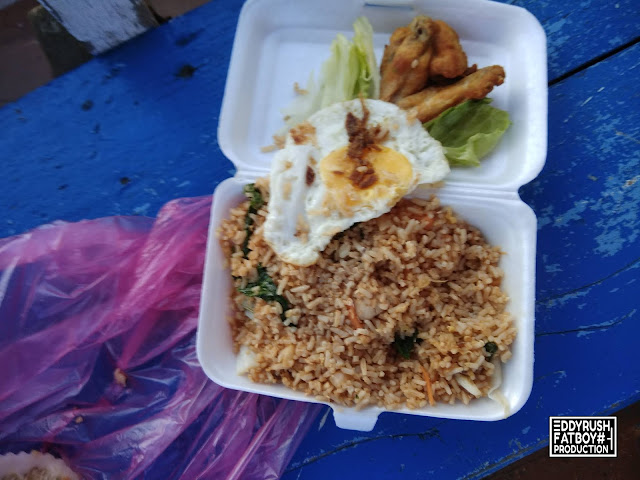 Meal box provided as dinner on the boat 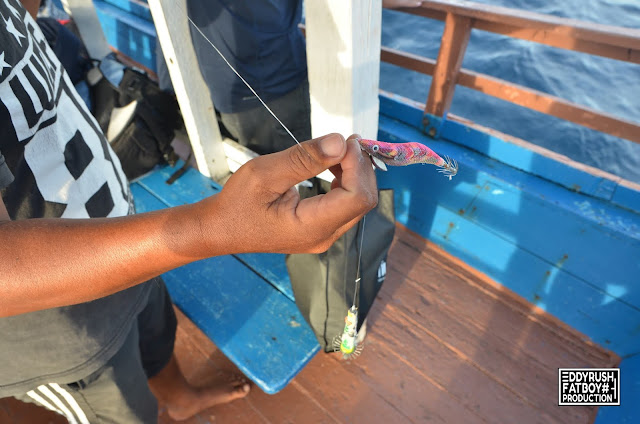 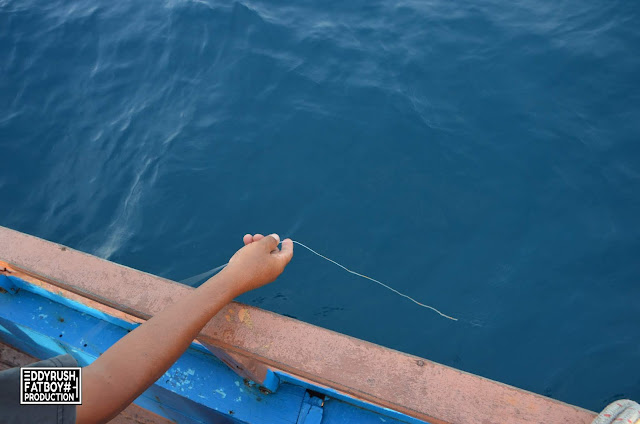 The most challenging part is not 'catching' the squids, but rather withstanding the 'sea sickness' and avoid getting headache or vomiting, which will definitely ruin the fishing experience. 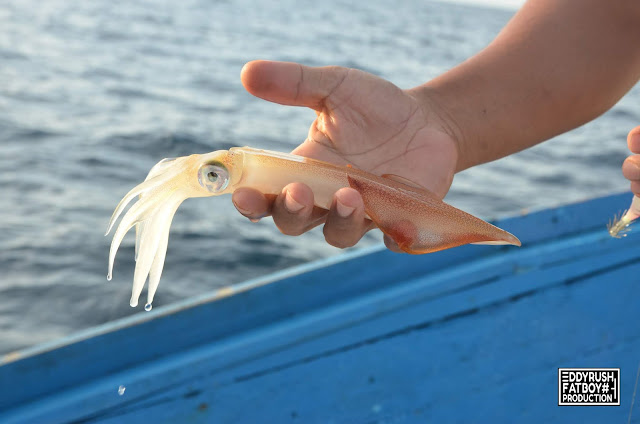 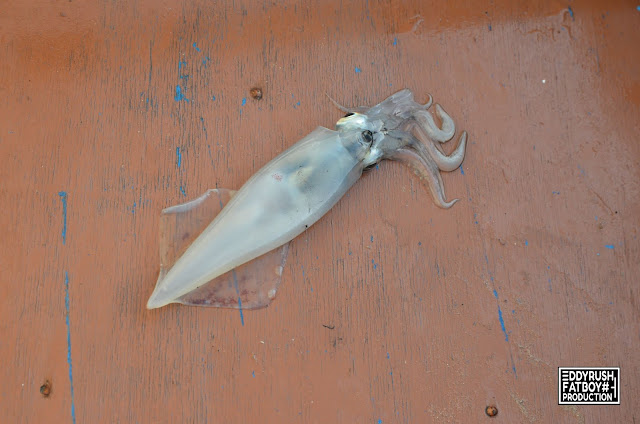 The traditional squid jigging uses a handline of nylon string with barbed sinker and jigs tied to the string. The jigs are slim and comes in bright colors (and some glow-in-the-dark jigs too). This is to mimic prawns, which happens to be the squids’ favorite prey. However, sometimes some fishermen also use fresh fish as baits by hooking it at the barbed sinker. 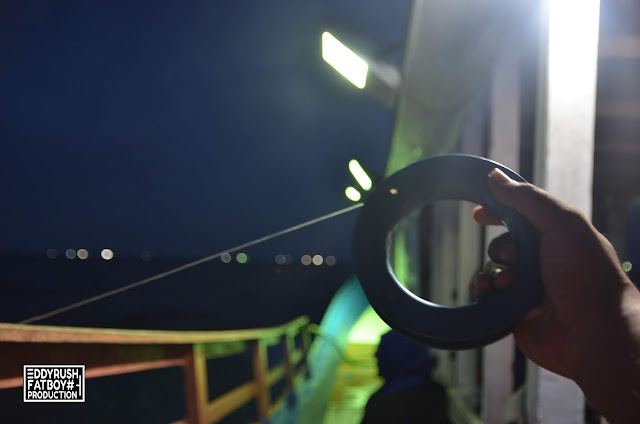 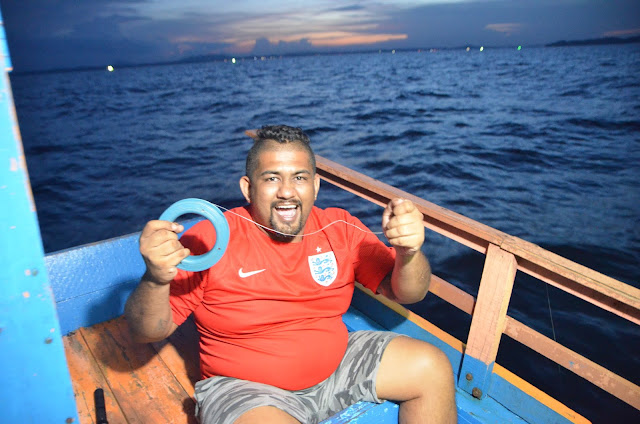 Squid jigging using handline is fairly easy. You just release the nylon string until it touches the ocean floor. Then, you yank the string about an arm’s length every few seconds or more. This is done to move the jigs in the water, which will lure the squids to your jigs. You’ll know you caught a squid when you feel a tug on your string. The bigger the squid, the stronger the tug. You have to quickly roll the string but don’t yank too hard or you might un-head your squid. Itinerary:
5pm – Depart from Ombak Kapas and cruise to middle of the sea by fishing boat,  A guide will be provided, along with squid catching gear.
7pm – Dinner
10pm – Transfer back to Ombak Kapas, Pulau Kapas
Malaysia