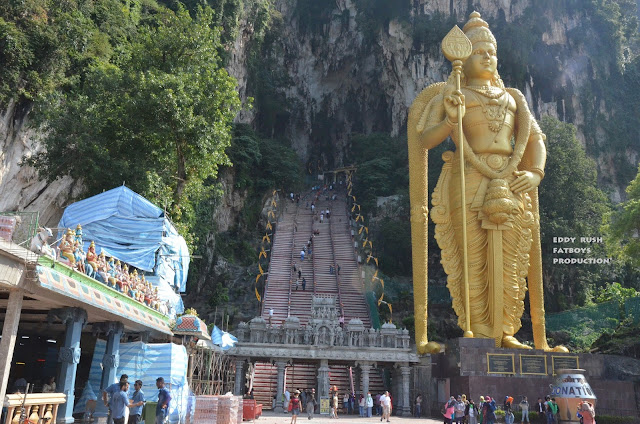 Batu Caves is a limestone hill that has a series of caves and cave temples in Gombak , Selangor , Malaysia . It takes its name from the Sungai Batu which flows past the hill . It is the tenth limestone hill from Ampang . Batu Caves is also the name of a nearby village . The cave is one of the most popular Hindu shrines outside India , and is dedicated to Lord Murugan . It is the focal point of Hindu festival of Thaipusam in Malaysia. 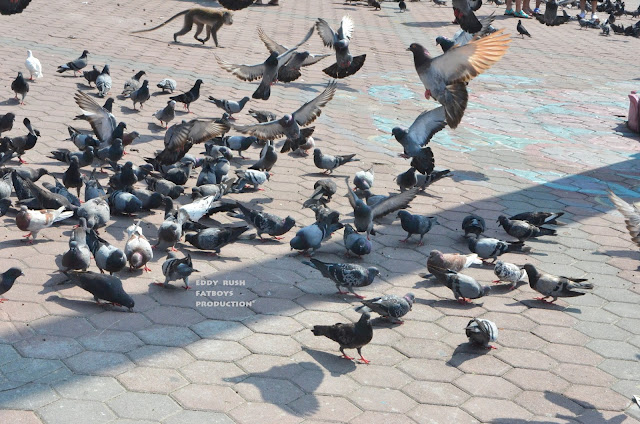 The limestone forming Batu Caves is said to be around 400 million years old. Some of the cave entrances were used as shelters by the indigenous Temuan people (a tribe of Orang Asli) . 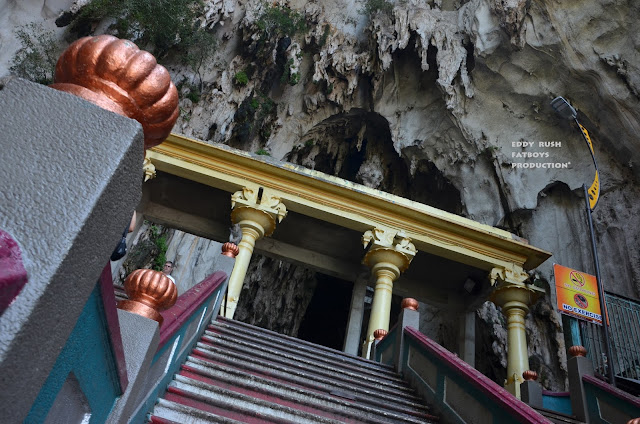 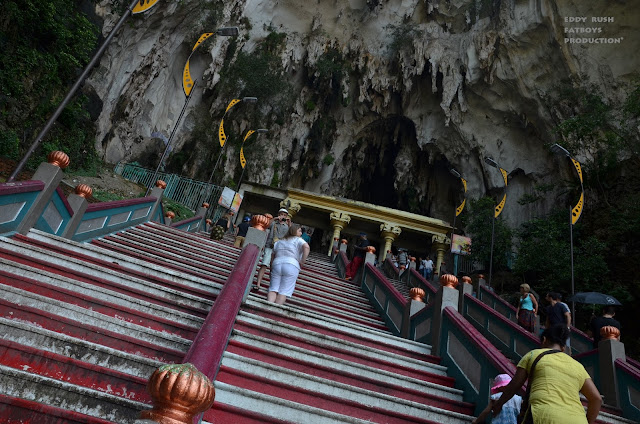 Rising almost 100 m above the ground, the Batu Caves temple complex consists of three main caves and a few smaller ones. The biggest, referred to as Cathedral Cave or Temple Cave, has a very high ceiling and features ornate Hindu shrines. To reach it, visitors must climb a steep flight of 272 steps. 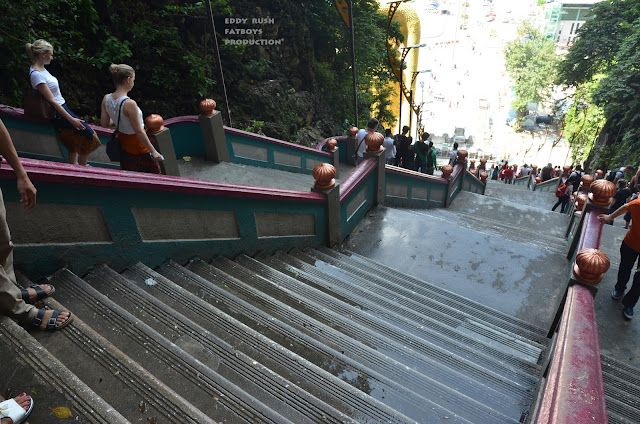 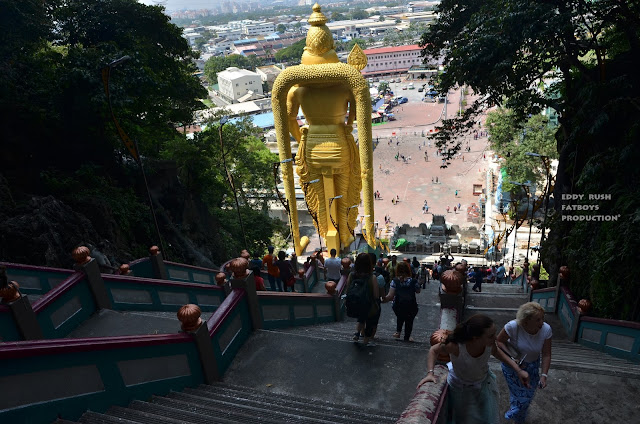 Wooden steps up to the Temple Cave were built in 1920 and have since been replaced by 272 concrete steps. Of the various cave temples that comprise the site, the largest and best known is the Temple Cave, so named because it houses several Hindu shrines beneath its high vaulted ceiling. 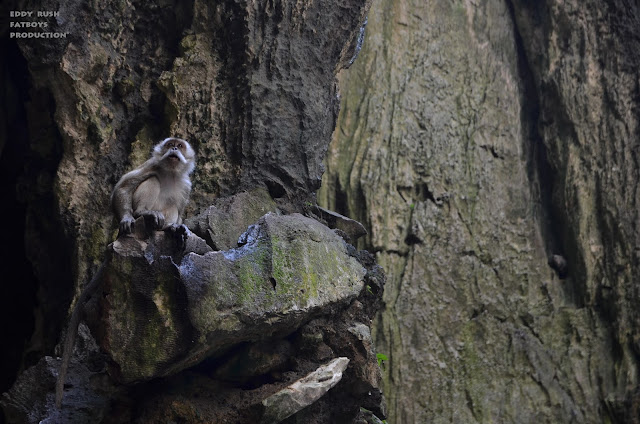 The site is also well known for its numerous macaques , which visitors feed — sometimes involuntarily. These monkeys may also pose a biting hazard to tourists . 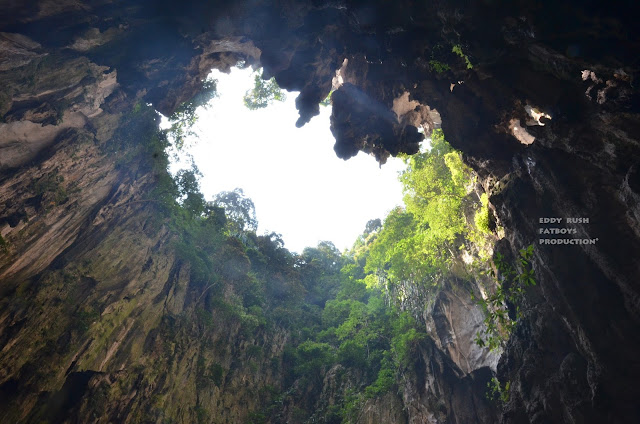 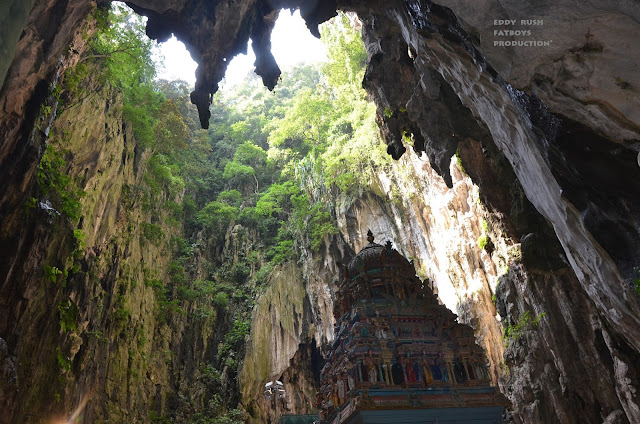 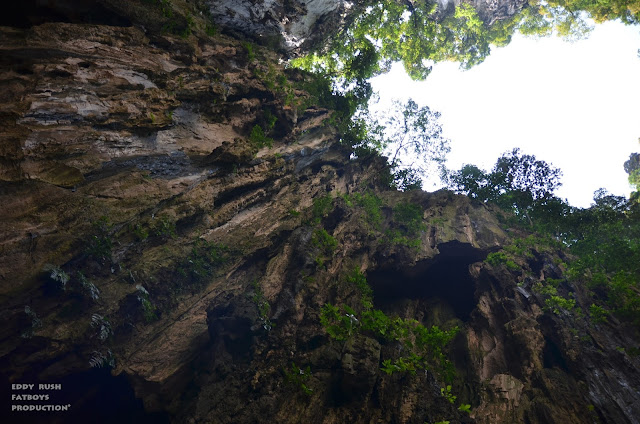 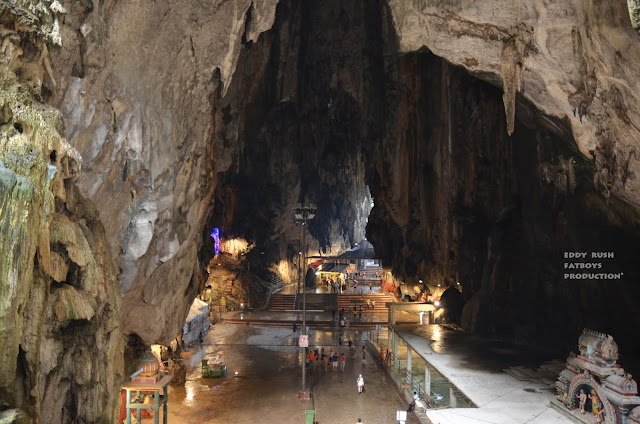 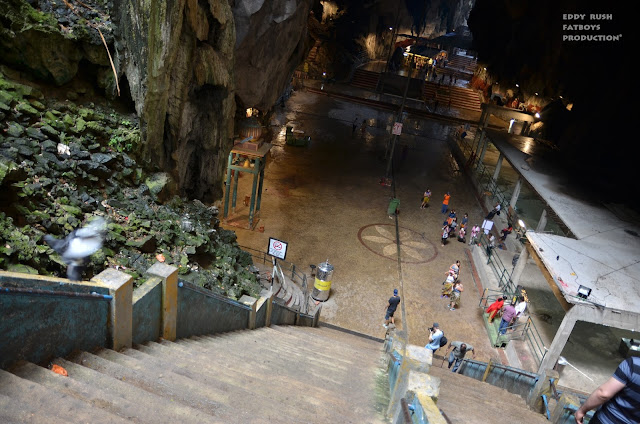 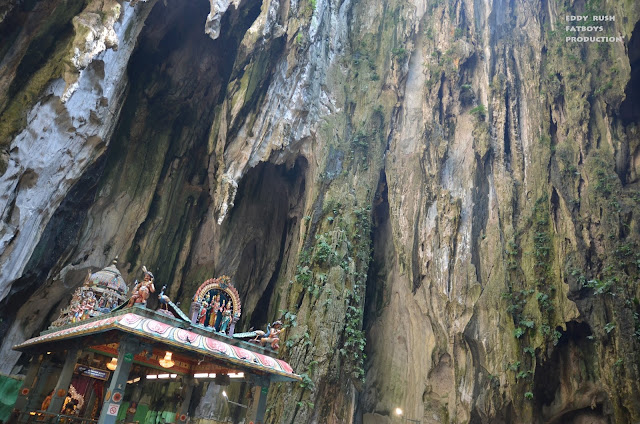 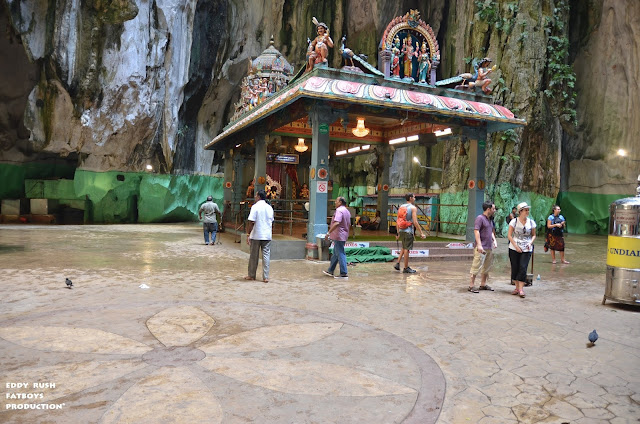 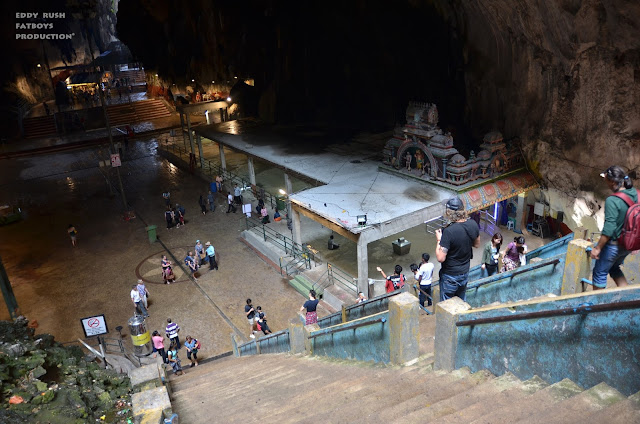 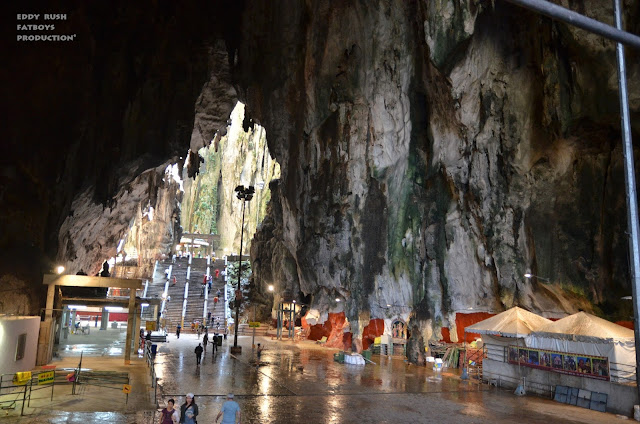 Every year, on Thaipusam, as many as 800,000 devotees and other visitors may throng the caves. As a form of penance or sacrifice, many of them carry kavadis (literally, "burden," such as a pitcher or jug). These are large, brightly decorated frameworks, usually combined with various metal hooks and skewers which are used to pierce the skin, cheeks and tongue . The festival is held in the tenth month of the Hindu calendar (mostly the end of January).
Malaysia