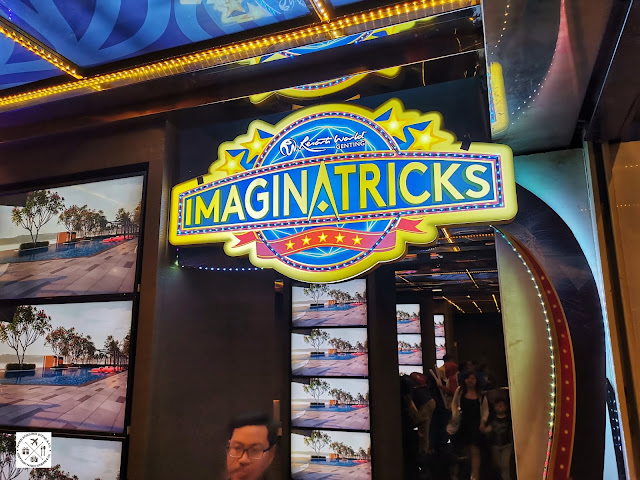 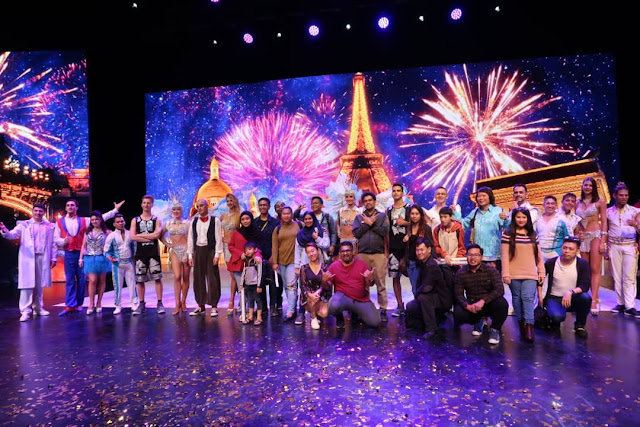 Prepare yourself for an astounding spectacle! IMAGINATRICKS – an action-packed show fusing an amazing blend of tricks, acrobatics, dance and comedy – will hold court at the Genting International Showroom for a whole year beginning from 25 May 2019.

With daily shows at 8pm except for Sunday at 4pm from 25 May to 10 November 2019 and from 19 November 2019 to 24 May 2020 (with an additional 4pm matinee on Saturdays), the variety show promises to be a rollercoaster ride of jaw-dropping stunts and spectacular feats. IMAGINATRICKS brings together some of the world’s best acrobats, athletes and performers in a visual and musical party that is sure to captivate the eyes, mind and hearts of Resorts World Genting guests.

Popular depiction of basketball usually centres around the United States of America, but the sport is also incredibly popular in Central and Eastern Europe. Hailing from Hungary is Face Team, the world’s first and only acrobatic sports theatre. Formed in 2004 and reaching the semi-finals of Britain’s Got Talent Series 6, the Guinness World Record-achieving basketball acrobatic team is sending Bálint Huszár, Ádám Gyujtó, Kerim Daghistani, Talán Tóth, Dénes Martsa and Tamás Felföldi for the IMAGINATRICKS show at Resorts World Genting. With their history in NBA and FIBA events, as well as international theatrical festivals, Face Team will be performing a choreographed set showing off their acrobatic slam dunk and freestyle basket juggling skills set to a rocking, pumping soundtrack.

“Whilst Resorts World Genting is well known for the plethora of artistes that we host up here, we are bringing something entirely different to the table this time around with IMAGINATRICKS who push the limits of human limitations. Award-winning performers will be bringing to the table a combination of skills including dance, comedy, stunts, acrobatics and skating. The show will be a welcome addition to our vibrant resort for visitors to experience their level of skill in person for a truly incredible, one-of-a-kind experience,” says Kevin Tann, Vice President of Events & Entertainment, Resorts World Genting. 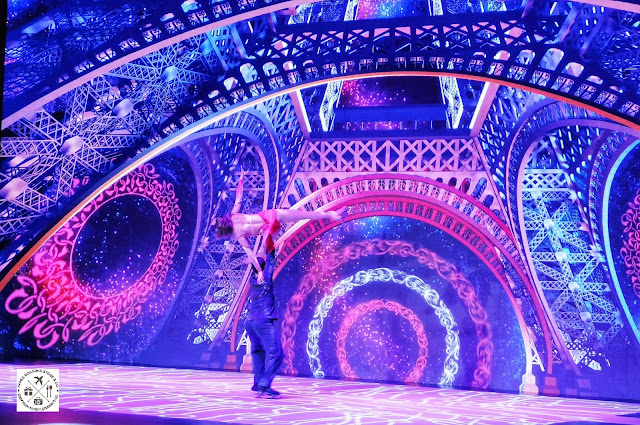 Skating onto the stage next will be ice skaters Aleksander Popov and Elena Efaeva. Former Junior Champion Popov and Efaeva have both represented Russia on an international level at global ice-skating championships with skills that have amazed audiences worldwide. Together, they have devised a beautiful and passionate Ice Skating Adagio routine for IMAGINATRICKS that is equal parts poetically beguiling and technically demanding. 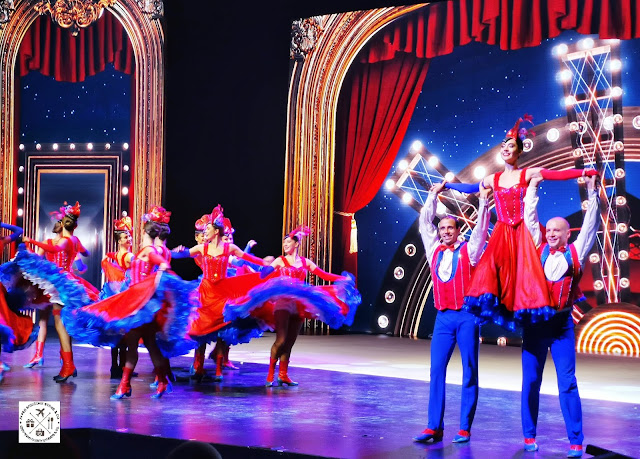 First up on the stage will be Ukrainian comedian Oleksii Krasnykh. A graduate of the Variety and Circus Academy of Ukraine in Kiev, Krasnykh won the Grand Prix of international clown festival Comediada in 2015 and is renowned for his amazing talent in pantomime and sound imitation. Having travelled the world with his one man show ‘Superstar’, Krasnykh now joins the cast of IMAGINATRICKS as the resident clown, entertaining audiences with a comedy sketch routine whose appeal transcends language and geographical barriers. 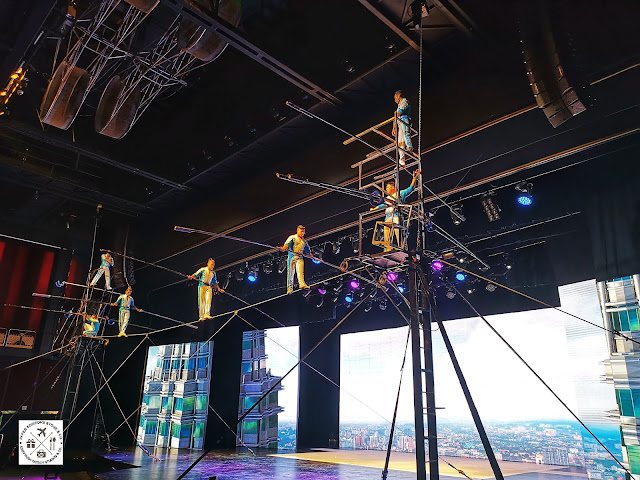 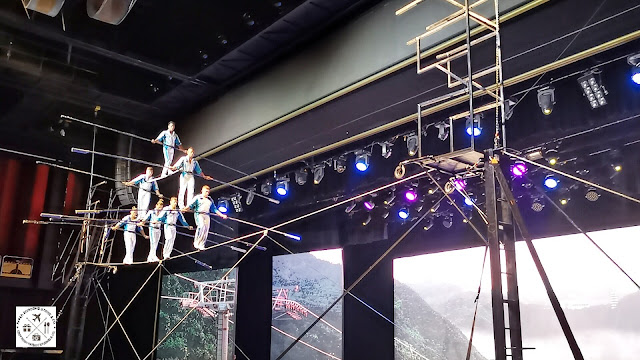 From the sultry continent of Latin America comes a death-defying performance. Hailing from Colombia, the award-winning acrobatic Gerlings troupe brings miracles high above the stage with an amazing Highwire act. Twelve members of the troupe will take to the sky high above the Genting International Showroom stage, preparing to performs feats like running, dancing, jumping, rope skipping, bicycle riding, chair balancing or – most astounding of all – a balancing human pyramid on nothing by a thin wire. It will be breath-taking, it will be startling and it will be astonishing to see what the acrobats of The Gerlings can do… which is a testament to the limits of human physical achievement, willpower and imagination. 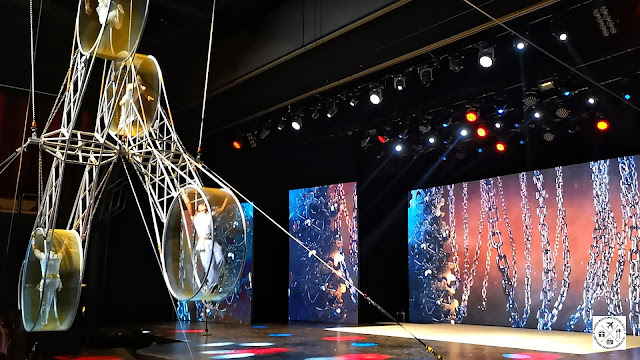 And finally, audiences should continue to look up as The Gerlings regroup with their Wheel of Suspense show to IMAGINATRICKs. Four members of The Gerlings will risk their lives to showcase impossible features on a rolling double-wheel contraption called the Wheel of Suspense, balancing themselves precariously on rotating thin strips of metals while performing jumps, cartwheels, somersaults, handstands and more. It is an act that has won The Gerlings gold medals at the Monte Carlo International Circus Festival and the Wujiao International Circus Festival in 2017 (among many other awards), and the perfect cap off to an amazing night.

IMAGINATRICKS is produced by Agosta Artist Co, directed by Abraham Kostanian and his multi-talented creative team. The Russian production company has over 35-years-experience in international show production, aiming to combine classic theatre, French cabaret, unique artistic skills and advanced technical tricks to take audience to a new reality. Agosta Artist Co’s track record including performing at the biggest theatres in Europe, Asia and the Pacific and its latest show IMAGINATRICKS is a tour de force of international acts, an original soundtrack, live music, dance, magic and ice skating. 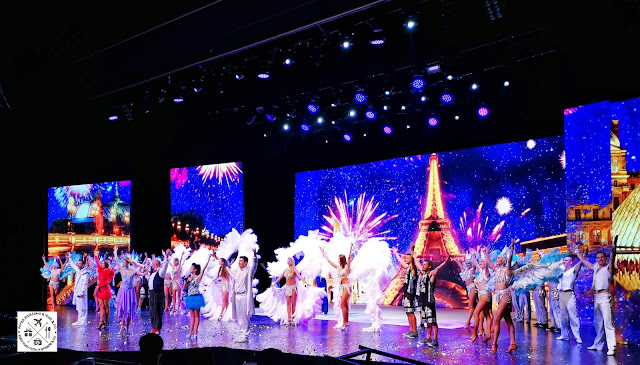 Tickets for IMAGINATRICKS are now on sale. The stage production will run over 360 shows of 75 minutes each from 25 May 2019 to 24 May 2020. Tickets are priced at RM196 (Preferred), RM146 (PS1) and RM96 (Gallery). An additional processing fee of RM4.00 applies. GRC (Genting Rewards Card) members enjoy a standard 10% discount via cash, credit card or Genting Points redemption.