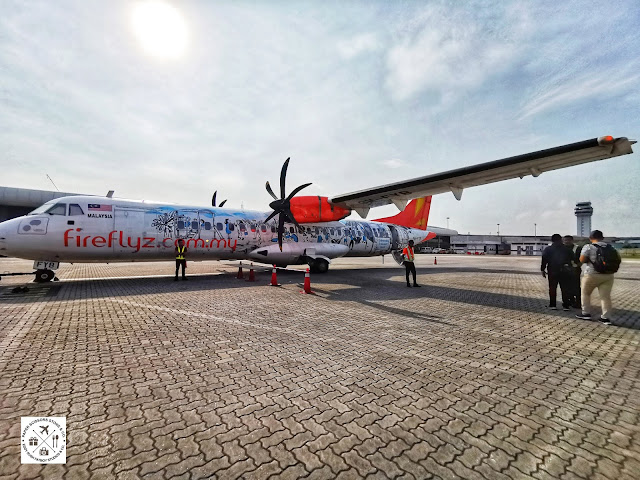 During this Holy month of Ramadhan, Eddy Rush Fatboy Studios and Others get to eyewitness the uniqueness and serenity of Ramadan Al-Mubarak in Kelantan and tourism products that are synonymous with the "Serambi Mekah" as well as Islamic and spiritual activities practiced by Kelantanese during this Ramadan.

Thanks to Tourism Malaysia Kelantan in collaboration with the Ministry of Tourism, Arts and Culture Malaysia (MOTAC) Kelantan and Firefly Airlines by hosting the Ihya Ramadan Kelantan Fam Trip 2019 on 20 till 23 May 2019. 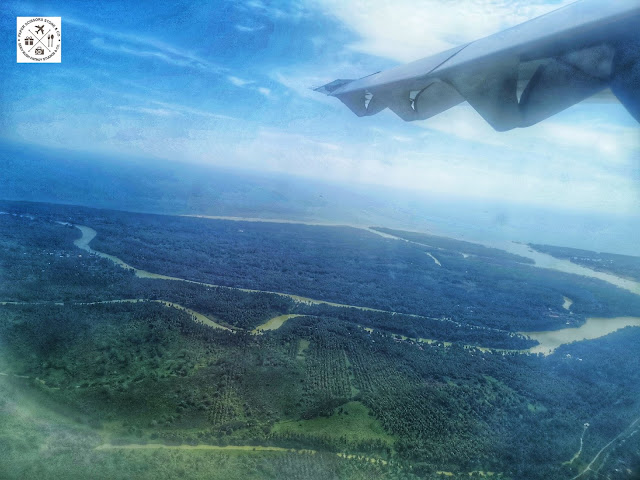 We depart from Sultan Abdul Aziz Shah Airport Subang at 9:40am and will be arriving at Kota Bharu Sultan Ismail Petra Airport by 10:30am, This four days three nights FAM Trip might gave us to explore half of the Kelantan State by showing the Art, Culture and History of the state. And the best part is to experience the knowledge that dedicated to non-Muslims like me (Chinese, Indian and others) to provide a unique experience throughout the month of Ramadan in Kelantan. 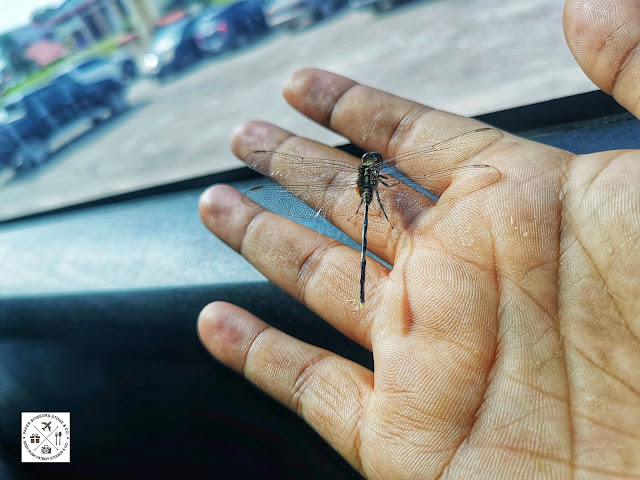 Experience the rich Malay culture at The Grand Renai Hotel, Lifestyle Hotel and authentic hospitality with the city’s only five star international class hotel. 298 spacious accommodation rooms and suites provide world class service and facilities including High Speed Internet, Room is spacious and facilties are well maintain. With easy access and location near to town area, it given you a good experience and peace minds.

The late Pak Sapie was a legendary kite maker of Malaysia and Pak Shafie is one of the last wau bulan makers remaining in Malaysia But his son has take over the business. Although the gallery is relatively small, you can also see the various patterns and sizes of the Wau here. wau bulan is considered as an iconic symbol of the Malaysia's culture and traditions. 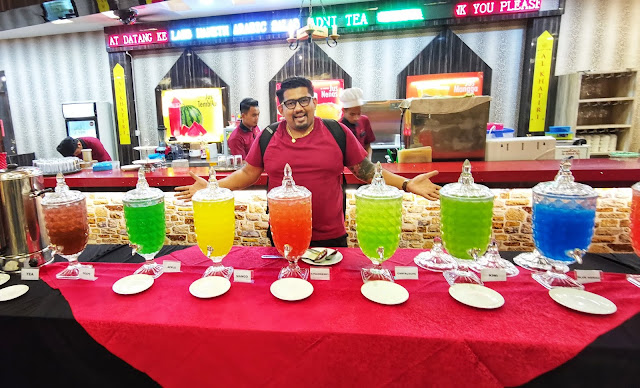 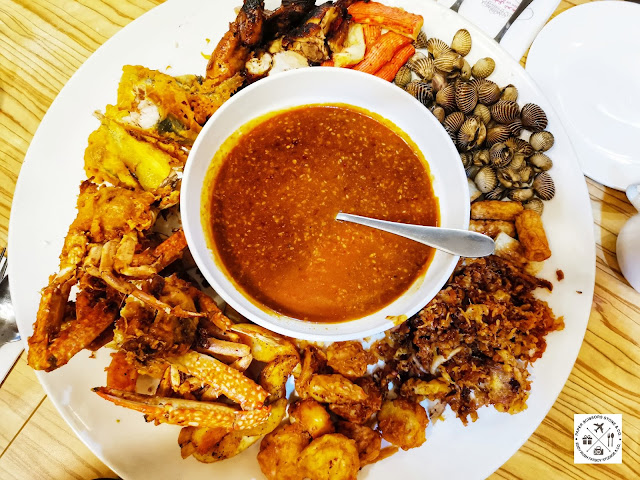 'Colek' is one of the famous foods during Ramadan for the kelantanese community after they completed the Terawih praying. Tonight we having Our Colek Seafood at Al-Khatiri Restaurant, Kubang Kerian.

KB Permai Silverware, The state of Kelantan is famous for silversmithing, which is also one of the branches of Malay craft. Armed with 11 highly skilled employees, KB Permai is a well-known reputable brand that produces silver crafts.

Masjid Jubli Perak Sultan Ismail Petra or Beijing Mosque is a Chinese-style mosque in Rantau Panjang. The mosque resembles the 1,000-year-old Niujie Mosque in Beijing, China. Construction started on 2005 and the mosque was inaugurated in August 2009 with a total estimated building cost of RM8.8 million. The mosque boasts a total area of 3.7 acres and can accommodate 1,000 worshipers at one time. 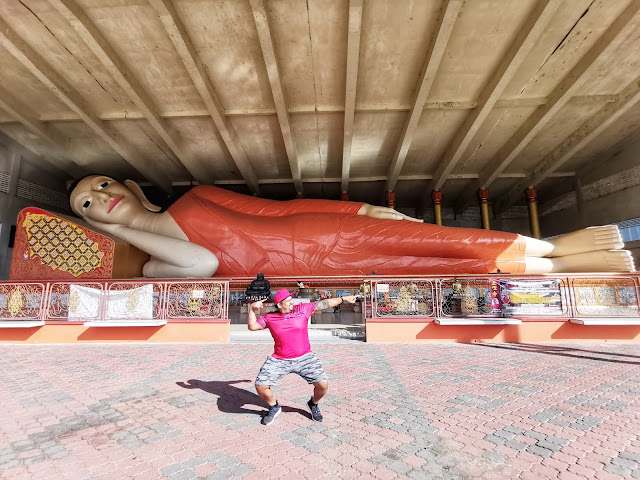 Wat Photivihan is a Thai temple in Tumpat District and is one of the most popular in the country, The temple was established in 1973. The temple houses a 40-metre statue of a Reclining Buddha, which is considered as the largest and longest in the state.

The best place to shop for souvenir while in Kota Bharu will be the Ayu Craft, It is located in Chabang Empat, Kampung Talak of Kota Bharu. Developing the traditional handicraft industry in the state, wide range of handicrafts which make excellent presents or souvenirs. The handicrafts produced here illustrate not only the exquisite craftsmanship of the people of Kelantan, but also their cultural history, which has been passed down the generations.

Laksam Kelantan is a recipe which had me very curious on the signature dishes of the various Malaysian states. homemade rice-based noodle which reminded me of the chee cheong fun. 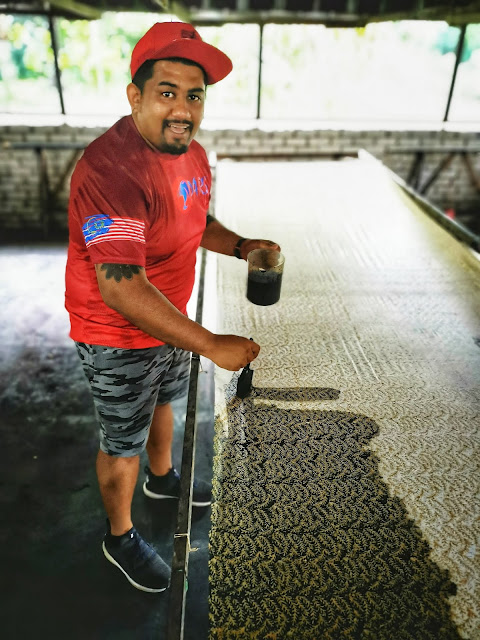 The famous batik factory in kelatan is Ayu Fashion, What is interesting here is Ayu Fashion produce printed batik. Fine print patterns and high quality, At their batik factories, there are over Thousands of blocks patterns can be found hanging in the workshop. Arranged according to the years they were carved.

At the same place at Ayu Fashion, They serve us kelantanese tradional dishes for Break fast. 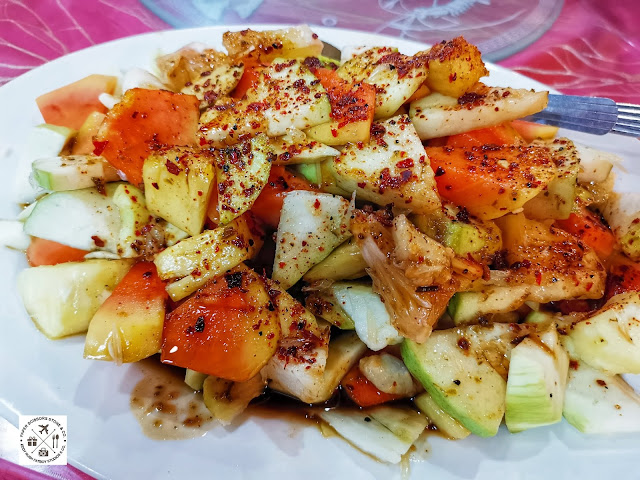 During this month, eateries in Kelantan serve colek, a Kelantanese dish comprising mixed fruits, after Maghrib prayers. It can usually be found until late at night. The people of this state are unique, They hold two festive celebrations during the fasting month. The day before fasting, and having colek with family and friends. 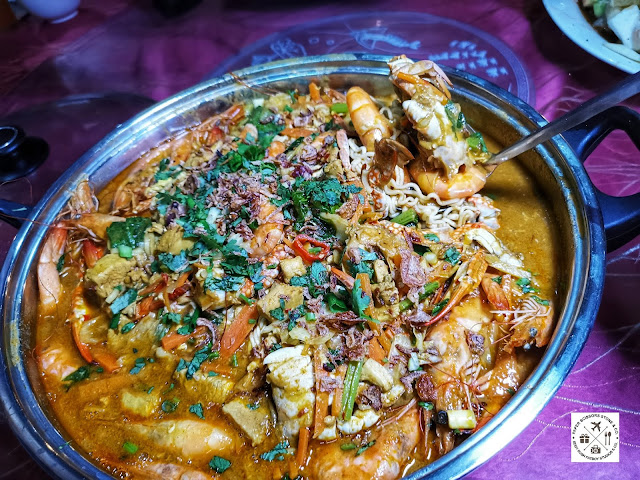 During the Supper moment, we went To (Pantai Cahaya Bulan)PCB Resort while they serve us Colek buah and Maggie Ketam(Crab) + Udang(Prawn). Awesome gravy that cooked together with seafood makes our saliva drop. 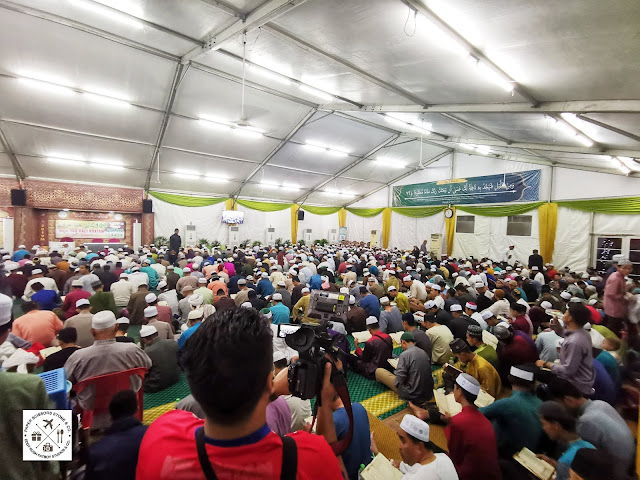 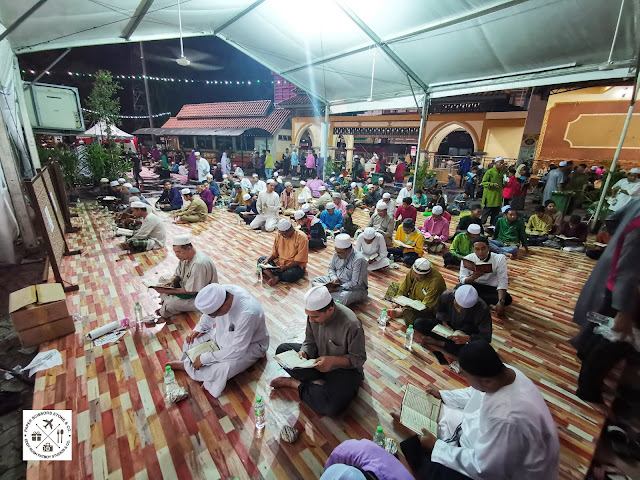 Last But not least for the day 2,  before heading back to Hotel. We Went to the Ihya Ramadhan Program which is an annual mega program organized by the Kelantan State Government. The program, run by the Municipal Council of Kota Bharu Bandaraya Islam, is held during Ramadhan month at Sultan Ismail IV Stadium Square known as Qaryah Ramadhan at Serambi Mekah.