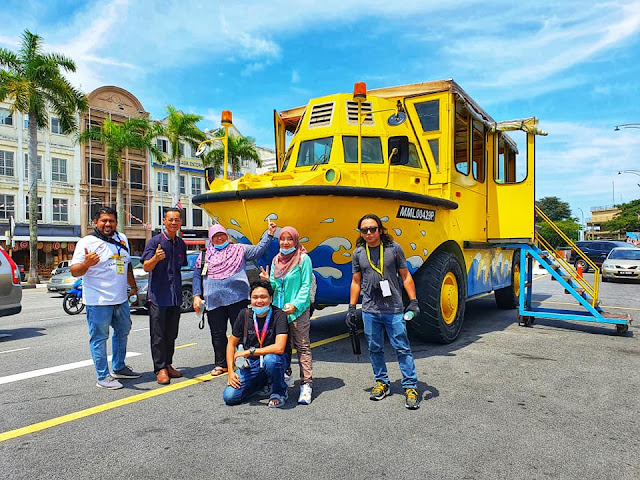 Have a chance to experience and view what Malacca has to offer on land and sea by touring the city with the amphibious vehicle known as the Duck. With the recognition as a world heritage site by UNESCO not too long ago, Malacca has been attracting more local and foreign tourists than before and the Duck Tour will give you a unique tour of the city. 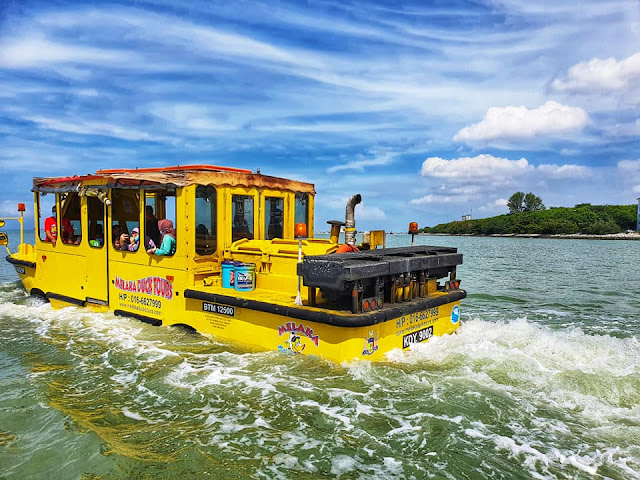 The 45 minute journey will take you along the roads of Melaka town to view some of its historical landmarks, before plunging into the Straits of Melaka via Pulau Jawa. From the waters you will be get a unique view of some of sites along the coast as well as enjoy the beautiful scenery and sunset (if the hour is right). The tour ends when the Duck retraces its journey back to the starting point. 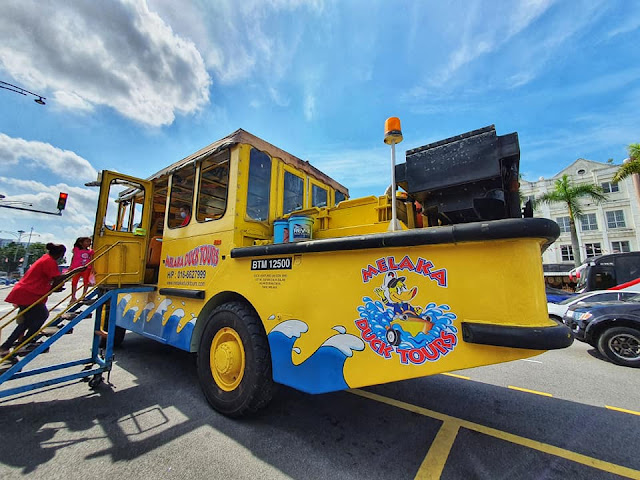 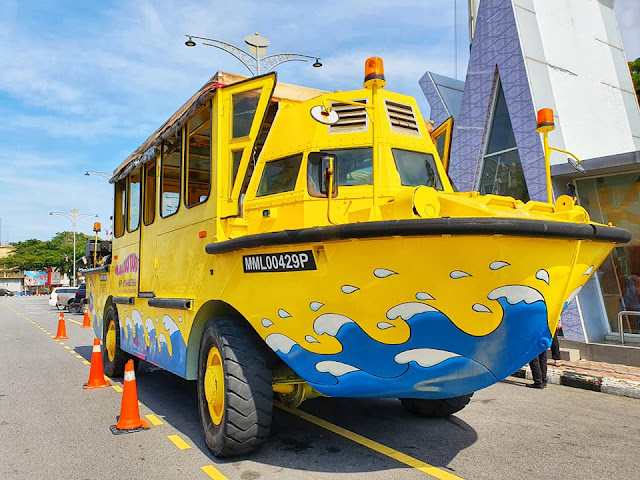 Eye on Melaka, Melaka River Cruise and Menara Taming Sari are the recent tourist attractions that offers something different and from a different perspective apart from the usual heritages, cultures, architectures and sightseeing. Melaka Duck Tour has the same objective as well, to allow tourists to experience and view what Malacca has to offer on land and sea by touring the city with the amphibious vehicle. Malaysia’s First Land and Sea Adventure! 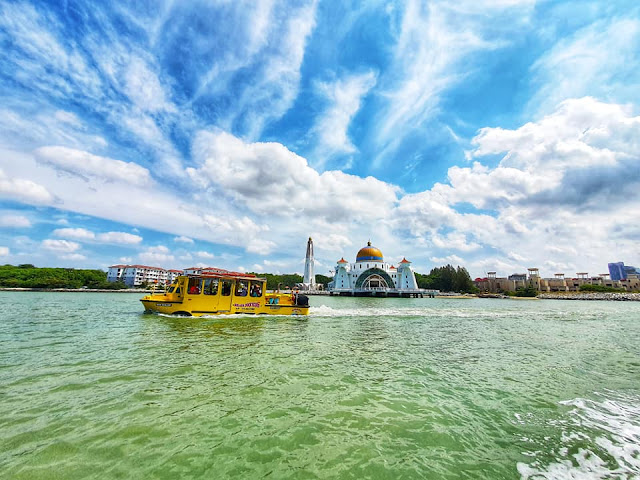 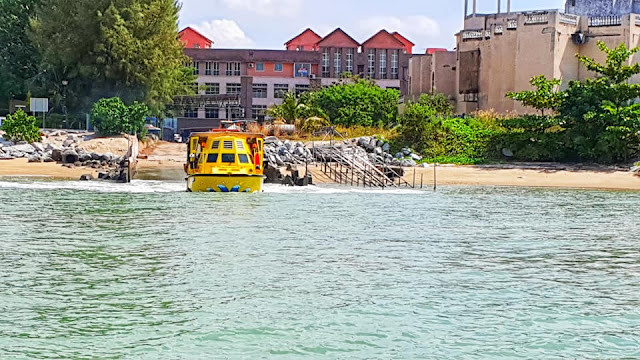 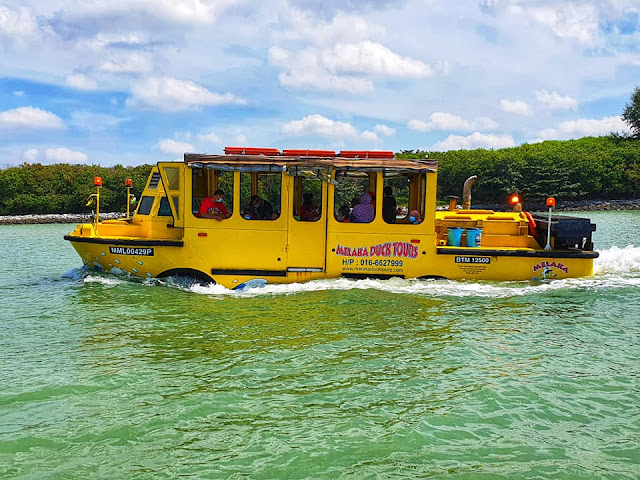 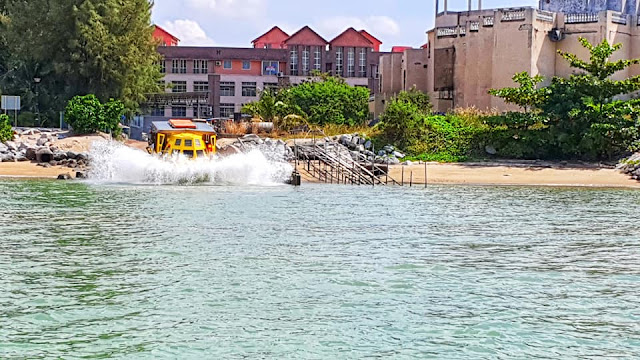 The DUKW, popularly called the DUCK, is an amphibious truck developed by the United States during World War 2 for transporting goods and troops over land and water and for use approaching and crossing breaches in amphibious attacks. DUKW were also used as rescue vehicles. Winds up 60 knots (110km/h), rain, and heavy surf prevented conventional craft from rescuing the seven stranded coast guardsmen, but the DUKW had no trouble. DUKWs have proved their seaworthiness by crossing the English Channel and many other exploits at sea.Although its designation as a DUKW may seem to be a military pun, in fact in the terminology developed for military vehicles in World War 2, the D indicates a vehicle designed in 1942, the U meant "utility (amphibious)", the K indicated all-wheel drive and the W indicated two powered rear axles. Today, the DUKW are no later in use due to the steel hull which is susceptible to rust and its engine system which are lacking in power. We are now using the more technology advance LARCS which hull are stronger and reinforced with aluminium state of the art hydraulic engine systems which can go on speeds and power that is predecessors technologically dream of. We are proud to say "Melaka Duck tours" will have the most technologically advanced fleet of Ducks in the world.
Malaysia
Location: Jln Merdeka, Bandar Hilir, 75000 Melaka, Malaysia